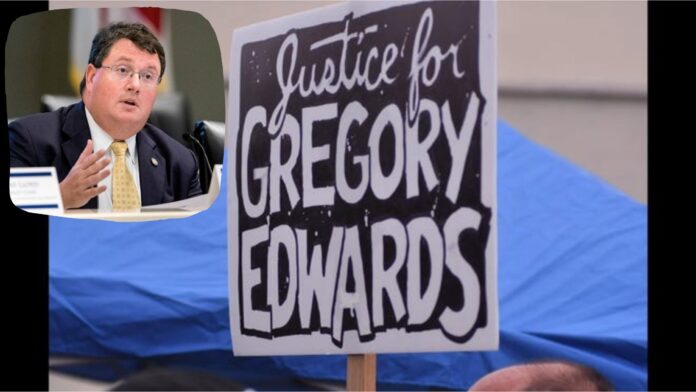 An email exchange between a voter and what appears to be Representative Fine’s campaign email account captures Fine’s position on the controversial case of the late Gregory Edwards.

Edwards, a US Army Combat Medic died while in custody of the Sheriff’s Office following an altercation after being arrested in December of 2018. Sheriff Ivey has refused to release the video footage of the occurrence and is being sued by Florida Today to do so.

Below is the email exchange that we received.