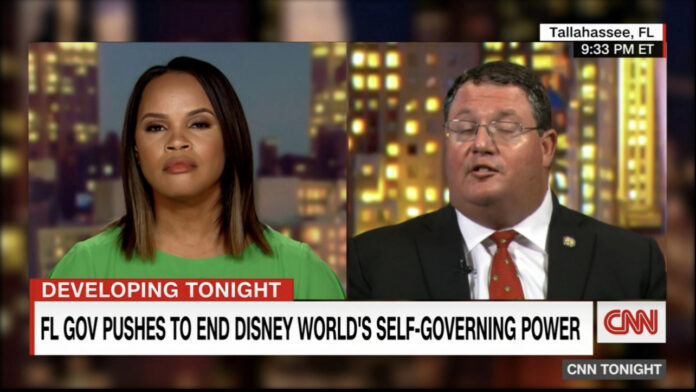 Florida State Representative Randy Fine went on CNN Tonight last night to speak about his bill to eliminate the special district Reedy Creak where Disney in Florida is located. Fine stated he filed his bill because they “kicked the hornets nest” and it’s time to hold these “woke corporations” accountable.

Fine, who isn’t from Florida and just moved here himself from Vegas in 2006, called Disney a guest in Florida which has been operating in Florida since before the Florida Constitution was written.

Fine has been the benefactor of thousands of campaign contributions from Disney to his numerous campaign finance accounts.

Just last year, Fine was praising Disney and their books for children, encouraging other parents to try them. After the passing of the “Don’t say gay bill,” the CEO of Disney has paused all campaign contributions in the state which has prompted this retaliation from the Government for speaking out against the bill.

You can watch the interview here.