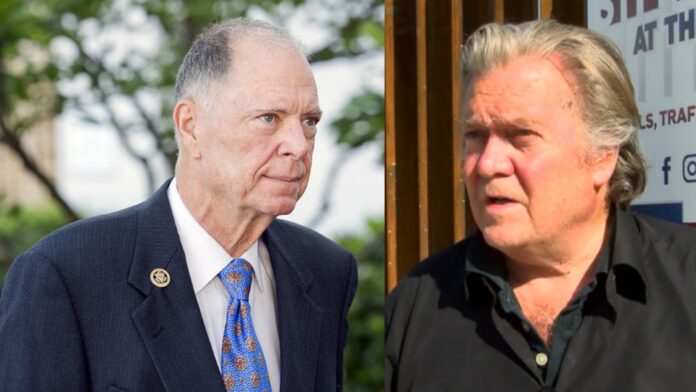 On January 21, 2021, Congressman Bill Posey filed H.R.416 – To allow the Secretary of the Treasury to accept public donations to fund the construction of a barrier on the border between the United States and Mexico, and for other purposes.

This bill will allow funding similar to “We Build the Wall,” an online crowdfunding campaign run by Brian Kolfage, an Air Force veteran who lost both of his legs and his right arm while on deployment in Iraq in 2004. Through a viral GoFundMe page and other fundraising efforts, Kolfage and Steve Bannon — who served as chairman of We Build the Wall — raised more than $25 million in private donations from people who were told that 100% of their contribution would go straight into construction.

A U.S. attorney in New York charged the men with improperly diverting more than $1.3 million, much of it for their personal use.

Even before the charges, some donors had been raising questions about the project’s progress and demanding proof and photographs of new construction. One week before his arrest, Kolfage was still on the crowdfunding page, asking donors for more money to meet new deadlines and claiming to have recently broken ground on two more sections of border wall.

President Trump chose to pardon Bannon of these charges as one of his last acts as President.

We Build the Wall’s GoFundMe page was removed from the site, with Kolfage laying blame on censorship and attacks from Black Lives Matter activists. A spokesman for GoFundMe stated that the hosting platform has been cooperating with the investigation and has already returned roughly $6 million to donors.

Private Citizens can now sponsor a refugee in the U.S.