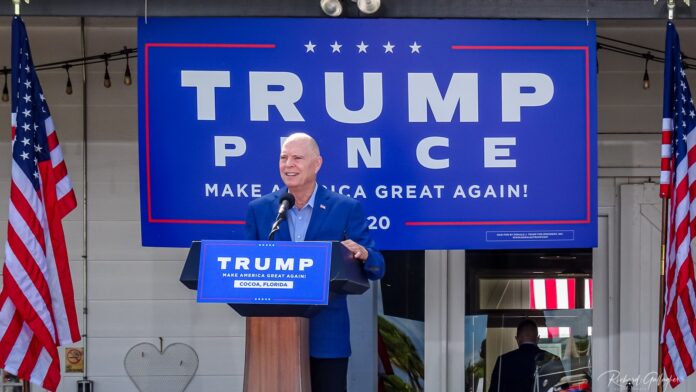 In a press release today:

“Early this morning Congress competed the task of certifying the 2020 electoral vote for Vice President Joe Biden and Senator Kamala Harris, affirming them as the next President and Vice President of the United States. I congratulate them both. Biden and Harris will be sworn in on January 20th as once again the hallmark of American democracy takes place in the peaceful transition of power. The citizens of our nation desperately need both parties to work together – we will continue to have disagreement about policies and direction – but at the end of the day we are all fellow Americans and we must respect one another and work for the greater good of the American people. I am grateful to President Trump for his service to this nation, for his courage in putting America and the American people first and working to fix a Washington bureaucracy that too often appears detached from the everyday lives of Americans. I look forward to continuing service in the 117th Congress and working with the new Administration to advance policies important to the lives and future of those along the Treasure Coast and Space Coast that I have the privilege of serving.”

This statement comes after many tweets and Facebook posts of Posey calling the election a fraud and unconstitutional.

On his own Facebook page, Posey called his constituents who were asking he not oppose the election names, blocking them from his social media, contradicting his very own press release today calling for unity and respect.

Yesterday he called the riots in the Capital Building a disturbance from a small group of people.

Many Republicans on the Space Coast have expressed their displeasure with his handling of the recent events, and some are already coming forward to possibly challenge Posey in a primary election after this term should he decide to run again. Most believe this will be Posey’s final term in office.