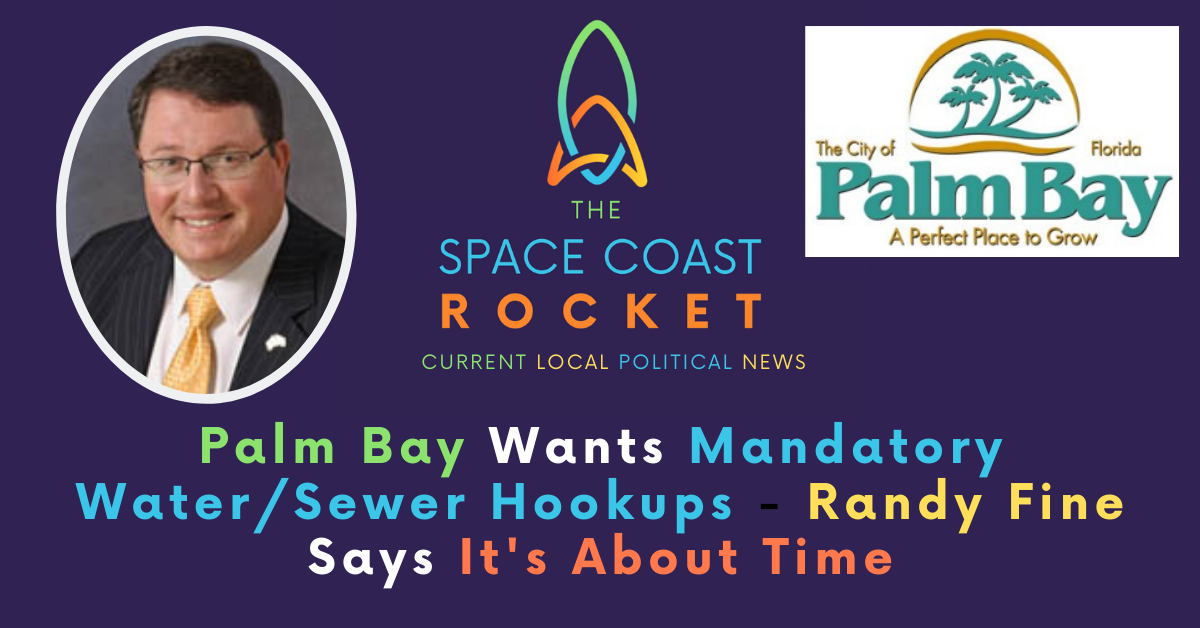 The City of Palm Bay Utilities Department is seeking for its City Council to pass an ordinance requiring all properties that have a line available to hook up to centralized water and sewer.

According to the city’s utilities department, it incurred the cost to install existing infrastructure and still has cover the cost to maintain it regardless of usage.

The ordinance is going through its first reading Thursday night and in part it said all developed property within the sewer service area has to connect to a sewer utility within 365 days of the final notice. Failure to do so could result in fines.

In an interview, State Representative Randy Fine says that it is already state law for residents to connect to sewer lines where available. However, the City has simply not been enforcing the law.

He went on to say that there is no law requiring property owners to connect to city water. He see’s this as a positive in the fight to save the Indian River Lagoon and protect the St. Johns River. His proposed bill this legislative session seeking $50,000,000 in grant matching funds for Indian River Lagoon Restoration projects can be applied to the cost of these sewer hookups. His bill is still in the early committee stages but he is optimistic of its passing.

Some residents disagree and see this as a money grab by the city in order to fund a future waste water treatment plant to facilitate future growth. They want to keep the option to remain on sewer or well water if they choose.

Ordinance 2019-71, creating Chapter 203, “Mandatory Connection to Potable Water and Sewer Utilities” will be presented and debated at Palm Bay City Council Chambers this Thursday at 6:30pm. All members of the public are able to speak for or against the ordinance in public comments.

The meeting is also streamed live from the City’s official Facebook page here.