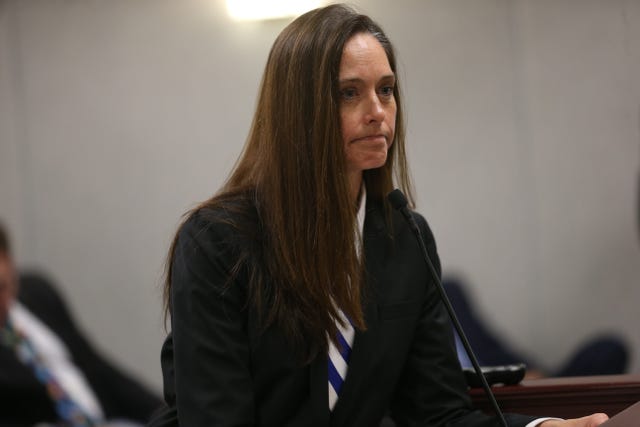 All Cities in Brevard County are run by their individual City Manager’s except for the Town of Palm Shores which has the County’s only “Strong Mayor.” All other cities have a council-manager form of government where the Mayor’s serve in a ceremonial capacity and lead the council meetings. The City Managers are responsible for “running” the city.

In his letter, Capote states, “I have become increasingly concerned about your communication with the City Council and the public in general and during this pandemic in particular.”

“I have found the dissemination of information to the public to be atrocious,” Capote wrote. He believes that Morrell has failed to be proactive in communicating with the media and the press to ensure that important information is getting out to he public.

He cited an example of her providing information of the closing of City Hall to the public while simultaneously providing policies to staff for visitors during the same time period.

Today, residents were observed entering and exiting City Hall as business as usual. There were no signs of sanitizing, hand washing, or other recommended protective measures being adhered to.

Residents on social media have been demanding answers. Comments on Facebook under State Representative Randy Fine’s account echo “where’s the Mayor” or “why hasn’t there been a press conference from the County?” Fine has been providing informative updates on his page from other State websites. Even the County’s head medical professional decided to take a cruise during this outbreak and has been in self-quarantine since returning. Fine called that action “nuts.”

Most residents assume it is the Mayor’s duty to make these calls without understanding that they are just one of the several Council Members that make up the City Council. The responsibility of the City’s management falls on the shoulders of the City Manager.

Palm Bay Councilmen Jeff Bailey, Brian Anderson, and Deputy Mayor Kenny Johnson have been sharing information on their Facebook pages as they can so that at least those who follow such accounts would have some information

Each day however, the City Managers receive several update from the County’s Emergency Operations Center. None of the City Mayor’s besides Palm Shores are included in these informative updates from the County.

Information from the County themselves has left much to be desired to the citizens. The only form of a statement to the public came from County Commissioner Chair Bryan Lober in a privately owned online magazine’s Facebook page. In fact, that information was delayed to be released through the County’s official pages and press release until AFTER the video on Space Coast Daily. Many believe that Lober, who often promotes the private company during County Commission meetings is using this pandemic in an attempt to allow them to profit from it by excluding all other media outlets.

Since the initial announcement of the first positive case in Brevard, there has been little to no updates provided from the County. Other counties are holding daily press conferences on live television. Commissioner Lober who is also the chair of the Policy Board, has bot been heard from in days.

The only known information that has been released from the Brevard County Sheriff Wayne Ivey is the announcement of the closures of the beach parking lots. Ivey was criticized heavily 6 months ago during the last hurricane for putting out information independently and conflicting of the Brevard EOC.

Online outrage is continuing to grow from the lack of communication County wide over this historic pandemic. It appears that now measures are being taken to hold those responsible accountable.

Capote also called for the previous City Manager Greg Lynk’s resignation which sparked the infamous JLAC Audit called for by Randy Fine with the charge that the mayor was acting as a “strong mayor.” Capote was criticized by Council for acting on his own in calling for the resignation. Lynk was eventually fired being replaced my Morrell, and the audit revealed that Capote’s concerns were justified. In the over 30 findings found in the audit, Lynk was directly responsible for nearly all of them.

Morrell had to go to Tallahassee last December, to address the JLAC and present her plan to address and correct the findings of the audit.