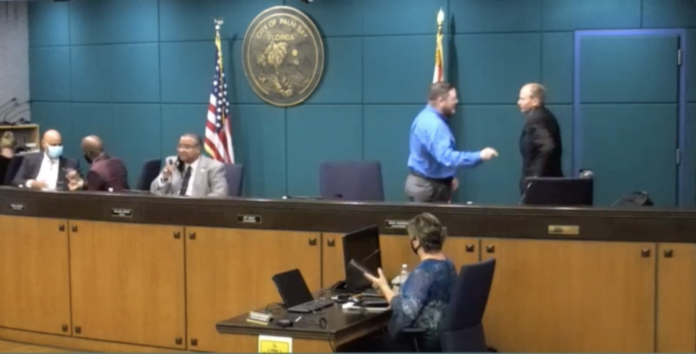 They were discussing the issue of fixing roads and the order in which they should.

Bailey who is well known for being the lone ‘no’ vote in most 4-1 decision on the council was on the receiving end of Anderson’s rebuke for 4 years of this pattern. Anderson’s short speech received an applause from the audience.

Bailey quickly retaliated, and before things got too out of hand, Deputy Mayor Kenny Johnson called a point of order and requested the Mayor call the question so that the item could be voted on. It passed 4-1.

Immediately following the adjournment of the meeting, Bailey can be seen pointing fingers and aggressively speaking at Anderson, although there is no audio.