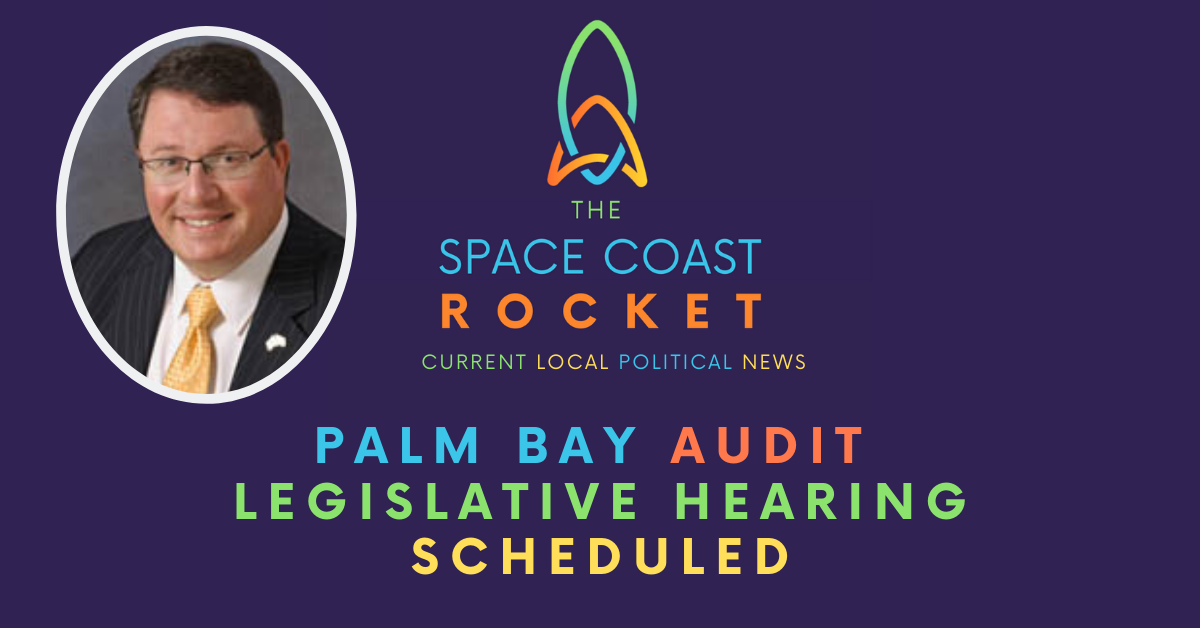 What: The Auditor General of the State of Florida will present the results of the 18-month state audit secured by State Representative Randy Fine in December of 2017 to the Joint Legislative Auditing Committee. The City of Palm Bay will be in attendance to explain its plan to resolve the 31 individual findings and answer questions from the committee.

Where: Mashburn Hall, 306 House Office Building, The Capitol, Tallahassee. The meeting will also be streamed live on The Florida Channel.

(Palm Bay, FL) Representative Randy Fine (R-Palm Bay) made the following statement in response to the Joint Legislative Auditing Committee issuing its agenda for the December 12th meeting which will include a robust discussion of the findings of the special audit requested by Representative Fine:

“I am so grateful to Chairman Fischer and the Joint Legislative Auditing Committee for working with me to hold the government of Palm Bay accountable to the people of Palm Bay,” said Fine. “It became clear in mid-2017 that there were not proper management practices either at the Council or staff-level to ensure that the people of Palm Bay were being served appropriately, which is why I requested and successfully secured this historic special state audit.

“I asked for a top-to-bottom audit looking at everything, and had no idea what the auditors would find once they looked under the covers. We now know why it took eighteen months to complete – 31 unique findings of incompetence and/or corruption – everything from a $16 million ripoff of taxpayers for a road they were promised would be paid for by a developer to an unauthorized vehicle purchased by taxpayers and then misappropriated by the Mayor for his personal use. The scope and breadth of the corruption and failure to serve the people is disturbing, and I look forward to my colleagues demanding accountability at next Thursday’s hearing.”