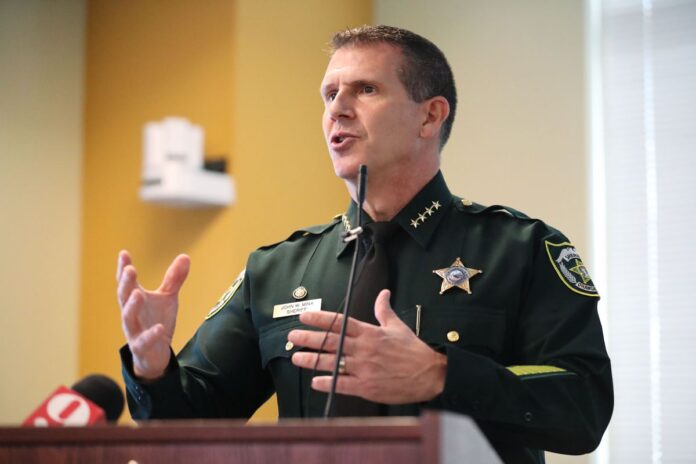 The difference between the two programs is the Sheriff’s would include law enforcement with clinicians, while the police department will only have clinicians initially respond to certain calls.

Orlando City Council gave the green light to a pilot program to send mental health professionals instead of police to certain situations.

“I think that individuals who are struggling are not always met with that compassion, but that stigma and fear,” said Erin Martin, who serves as Vice President of Patient Access for Aspire Health Partners. “Everyone’s looking for solutions.”

That’s why Martin said that the program, proposed by Orlando Police and the city of Orlando, could be transformative.

The goal of the pilot program with Aspire Health Partners is de-escalation of situations.

It rifts off programs elsewhere in the country, like the Cahoots Program in Portland, Oregon.

Los Angeles, New York City, and Albuquerque are also working on their respective programs, though each is a bit different

In Orlando, 911 would dispatch calls to a team of a licensed clinician and case worker instead of officer. This would only happen in certain situations, though: attempted suicide or mentally-ill, non-violent calls.

The responding team, carrying police radios, would assess the situation and level of crisis.

”I think having somebody that’s trained in mental health, a licensed mental health counselor and case worker, individuals who have had lived experience … is going to make the person in the community we’re responding to more comfortable,” Martin said.

Though sometimes, situations may warrant Baker Acting an individual, which does require law enforcement to respond.

“I think the nation as a whole is asking for less uniformed involvement with our citizens,” said Orlando Police Chief Orlando Rolon. “As a law enforcement officer, I personally at first was troubled by that. But then I realized, this is an opportunity for us to potentially put the experts who can provide the best help, guidance to handle a situation.”

However, the program was met with concern from some City Council members, as they highlighted potential safety concerns for clinicians going into the field to diffuse situations.

“Certainly we want the social worker to be the quarterback and the lead, but I’m not prepared to support a program where we have social workers out there,” said Commissioner Jim Gray, who represents Orlando District 1.

“I have a big concern because in my years of experience, I know that any situation, I mean any situation, can escalate from one second to the other,” added District 2 Commissioner Tony Ortiz, who served as both a Marine and a police officer for more than a decade. “I’m not willing to gamble with this. One life is one life too many.”

In the end, the agenda item was approved. The city will review data from the year-long pilot program and make adjustments.

Aspire said that they hope to have individuals hired and start training by January 1, for a roll out of taking their first calls on February 1.

For Martin, helping those suffering hits close to home.

“I have family members who have experienced challenges with mental illness, so for me, I’m personally vested,” she said, adding that experts have long worked to identify other ways to intervene which minimized harm.

“They’re in fear, concerned for their safety already. When you have someone show up with a uniform and a gun, all those types of things, that just reinforces that fear,” she said. “I’m really proud of our city being on the forefront of addressing those challenges.”

The program was briefly discussed by Sheriff John Mina in an Orange County Citizens Safety Task Force meeting which was created to help find different solutions to enforcement and reducing crime.

“We are starting our own behavioral response unit, where we actually pair a deputy with a mental health clinician that will respond to calls with people who are in mental crisis and they’re in training right now to start answering calls here in a couple of weeks,” Mina said.

“There has absolutely been a mental health crisis existing in the national scope for decades,” Marni Stahlman with the ‘Mental Health Association of Central Florida,’ said. Stahlman adds the move is extremely important.

“It certainly has been something that I know as a mental health association here and other organizations that have worked with individuals in mental health crisis, we always want to try to not have it be a criminalized event,” she said. “Having individuals that have significant behavioral experience, I could believe to be potentially lifesaving.”

The Sheriff’s Office says the program will include two deputies and two clinicians. They have been working on the program for over a year.