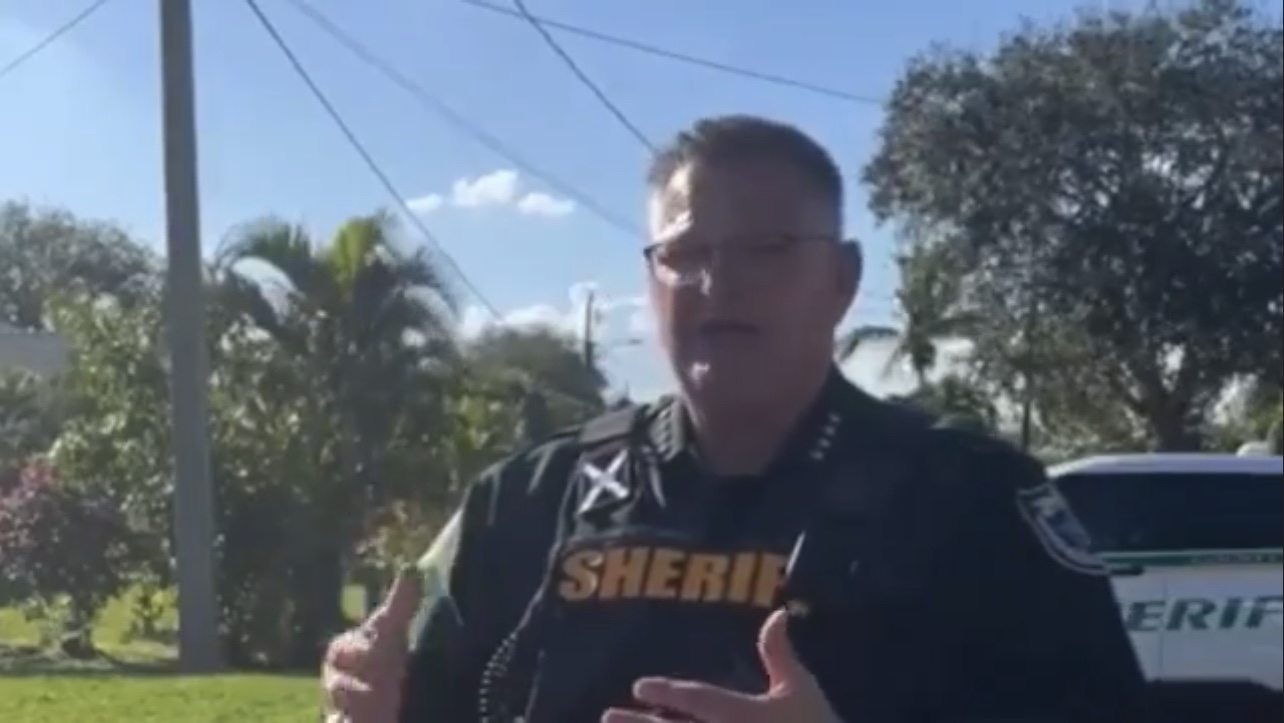 A man barricaded inside a Melbourne Beach home who shot at a SWAT team with the Brevard County Sheriff’s Office has been killed after deputies returned fire, Sheriff Wayne Ivey said. A woman who was also inside the home was also shot in the exchange of gunfire.

She was transported to the hospital for her injuries and was talking at the time of her transport. Her current condition is unknown.

BCSO was executing a search warrant for the home when one male exited, but the female and another male refused to come out.

“We addressed them several times, ‘Please come out! Please come out!’ and they didn’t. Eventually, the male subject, from what we can tell at this time, stepped into the hallway with a shotgun, pointed at our team, and fired,” Sheriff Ivey said.

“We’ve had a number of complaints from the neighbors,” said Sheriff Ivey. “Our purpose for being here originally was to execute a drug search warrant.”

“I make it very clear to everyone, if you point a gun at one of our team, you’re going to pay the ultimate price,” said. “These men and women deserve to go home to their families. They’re out here doing a service to protect this community.”