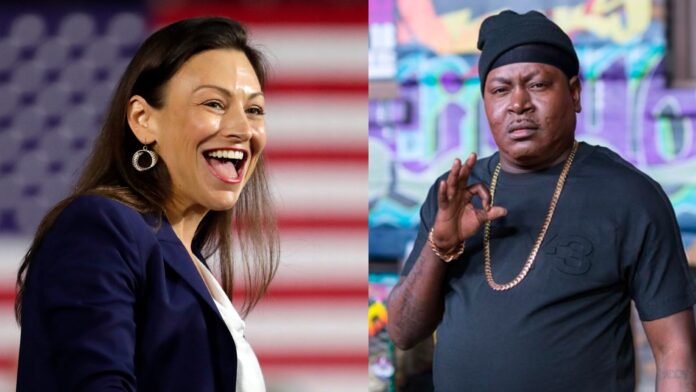 Trick Daddy is a convicted felon of multiple gun and drug related charges over the years. According to the OFFICE OF EXECUTIVE CLEMENCY FLORIDA COMMISSION ON OFFENDER REVIEW, he has not had his rights to vote restored and cannot even legally vote for Nikki.

The announcement of the endorsement is being seen as yet another misstep by her campaign in recent weeks. As Nikki portrays herself in the media as a fighter for women’s rights and equality, attempting to contrast herself to opponent Charlie Crist, “working together” with Trick Daddy who is famously known for the degradation of women is curious at best. Followers of Nikki’s Twitter page we quick to post the easily located receipts of Trick’s opinion of women. (There are MANY, but here’s a few)

As Florida’s Agricultural Commissioner, Fried’s office is in charge of concealed-weapons licenses. She has also been a strong advocate for sensible gun control laws. In an op-ed she authored just this year she stated, “I believe that there are reasonable steps we can take to make our communities safer that don’t infringe on the constitutional rights of responsible gun owners, like expanding background checks and red-flag laws, closing loopholes, background checks for ammunition purchases and banning large capacity magazines, and keeping assault weapons off our streets.”

Trick Daddy has filed for bankruptcy 3 times, has several DUI arrests, and many other ongoing legal issues. There are likely many other notable celebrities, in good standing who are willing to endorse Nikki for her election campaign, or maybe “she don’t know nann.” It’ll be interesting to see who else endorses her at this point, equivocating themselves to the most recent standard she set via a Tweet, to be honored by.