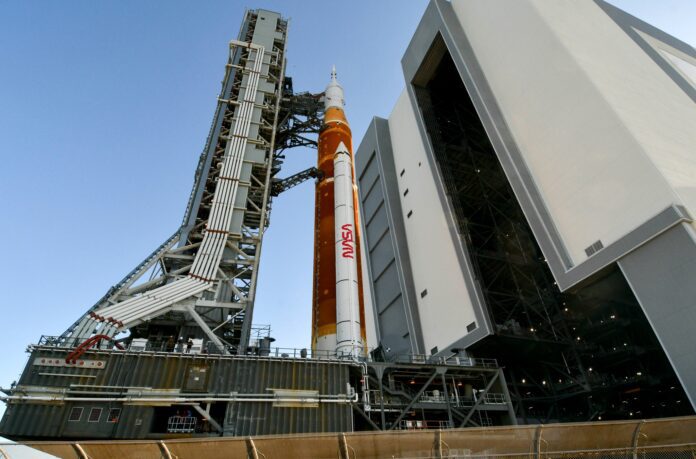 Late Thursday night, NASA reported that Kennedy Space Center had sustained a small about of damage from Hurricane Ian.

Officials say the space center sustained a peak wind gust of 108 mph, which was measured at the 457-foot level of a lightning tower at Launch Complex 39B, where the Artemis 1 moon rocket was standing before being rolled back to the Vehicle Assembly Building for shelter from the storm.

NASA says other facilities will be addressed Friday, and employees will return to work.