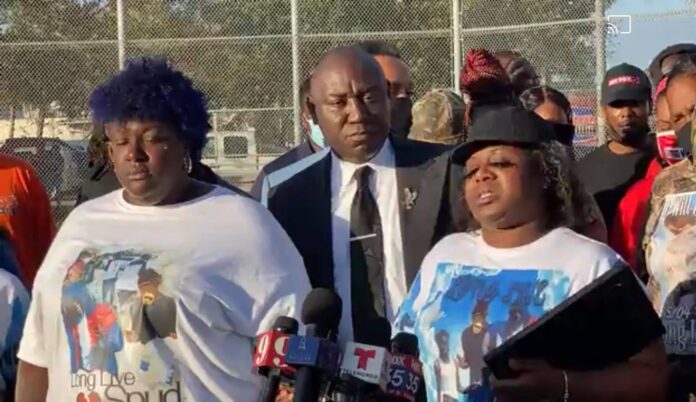 Quasheda Pierce, mother of the late Sincere Pierce who was killed in a police shooting two weeks ago, was herself shot at her sons funeral today at Riverview Memorial Gardens. A single shot was fired during the service and shortly after the shot was fired she could be heard yelling that she’d be hit. Brevard County Sheriff Deputies showed up within 5-10 minutes armed with rifles. Quasheda Pierce was loaded into a minivan and taken away before ambulances arrived. Her condition is unknown. The gunman has not been identified or found as of yet.

This is a developing story and we will keep you updated as it unfolds.