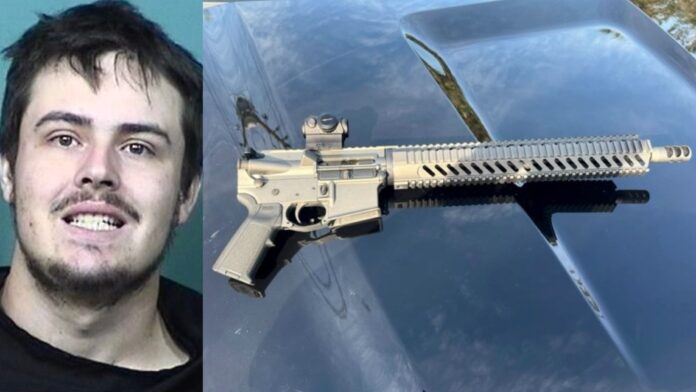 On January 24th, 2023 at 07:38AM, West Melbourne Officers responded to the area of 145 Palm Bay Rd. due to a report of a man with a rifle walking through the bushes towards the direction of the Pineapple Cove Academy. This action caused great concern and prompted a multi-agency police response involving k9 and aerial support. West Melbourne Police Officers quickly arrived on scene to secure and create a perimeter around the school which was placed on lockdown. After an extensive search of the area, the man was located on Hield Rd and identified as Enrique Christen Martinez (09/03/1997). At the time he was located, he was no longer in possession of the rifle. This generated a secondary search of the surrounding area. The rifle was ultimately located and secured.

Martinez was arrested for Possession of a Firearm within 1000 Feet of a school and taken to the Brevard County Jail on $2,000.00 bond. He was recently arrested by the Pasco County Sheriff’s Office on January 9th, 2023 for two counts of Possession of Controlled substance, Possession of Marijuana over 20 grams and Possession of Drug Equipment.

This is also a great opportunity to remind our citizens, “If you see something, say something.” That is exactly what happened this morning when a concerned citizen saw Mr. Martinez walking towards the school with the rifle.