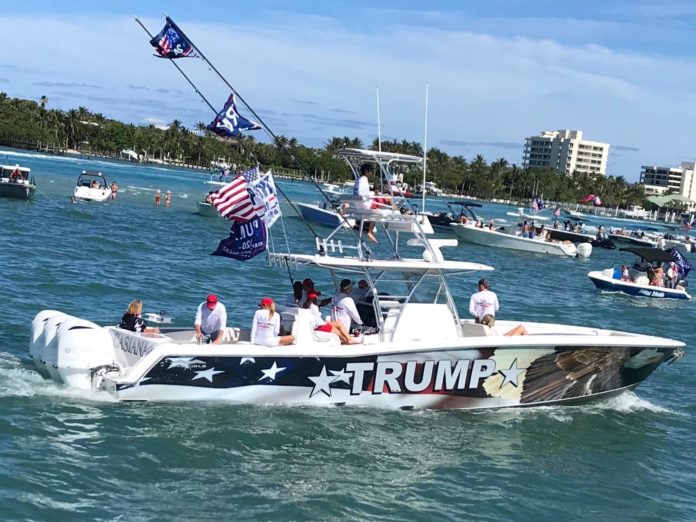 The group which says it is not endorsed by any individuals or organizations, is attempting to organize a boat parade in honor of President Trump. Similar parades have occurred recently throughout Florida in Jacksonville, and other South Florida areas.

Thousands of boats can been seen from drone footage of these events of citizens showing their support of Trump.

A similar parade took place in South Florida from Jupiter Inlet to Mar-a-largo on May 3.

Trump himself shared a video of the event on his twitter page.

The event is scheduled to start at 11AM along a 45 mile route.

Boaters are encouraged to use one of the currently 14 available boat ramps available and are invited to enter and leave the parade as they please. The route is estimated to take 4 hours under favorable conditions.