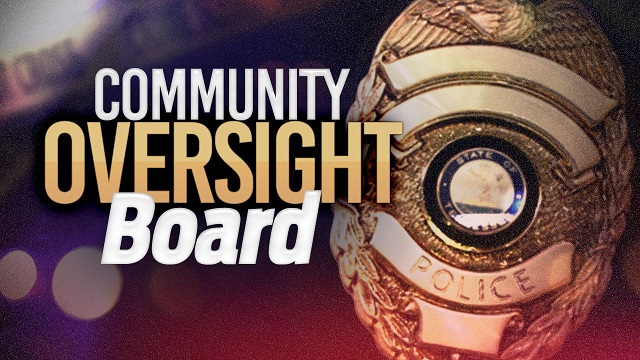 For weeks, people have been protesting in cities across the U.S., demanding justice for George Floyd, Rayshard Brooks, Breonna Taylor, Ahmaud Arbery, Tony McDade, and the countless other African American people who have been killed by police in recent weeks.

Over the time of the protests, videos emerged of attacks on protesters at the hands of law enforcement in several cities across our state, including Tallahassee, Jacksonville, Orlando, Tampa, Fort Lauderdale and Miami. We have also heard reports of hundreds of peaceful protesters being arrested for exercising their First Amendment rights.

These dramatic protests reflect widespread desire for improved policing, as well as just, fair and humane solutions to many of our society’s problems.
As problem solvers, we have the confidence in you making the right decisions, and we want to work with you to enact real change – real improvements – for all of the citizens of Brevard County.

● Police have been tasked with protecting power and privilege by exerting social control over Black people. Black communities in the United States live under a persistent fear of being killed by the police.
● Racist history is the broken foundation that our modern policing institution is grounded in. Unfortunately, the epidemic of police violence in this country is not just an issue of “bad apples”.
● Black people should not have to live in fear of being shot and killed by the police.
● The underlying problem with policing isn’t the lack of training and procedures.
● The core issue at the heart of our broken policing institution is the broadening of the scope and responsibilities that are given to law enforcement agencies, which has led to the unlawful use of excessive force and the killing of Black people.
● We stand in solidarity with the people of Minneapolis, Louisville, Tallahassee, Atlanta, and all the communities reeling around the world from the murders of Black people by police. We will not rest until there is an end to racist policing.
● The right to protest is a fundamental human right guaranteed by the U.S. Constitution and the First Amendment. We denounce any acts of violence and reject all unlawful behaviors.
● Our country has been over-financing an unchecked institution and has failed to provide meaningful avenues for African American communities seeking justice and accountability.
● We demand bolder, new approaches, if we are to solve this decades-old problem. We did not create this problem, but working together as a community of good will, we CAN solve it!

Protests:
● Safeguard constitutional rights by supporting protesters’ right to protest and protecting the vital role of the media and legal observers in covering such protests.
● Commit to not arrest, or immediate release, of protesters.
Limit Use of Force:
● Restrict deadly force to be authorized only when strictly necessary to protect life after all other reasonable alternatives are exhausted, including the use of de-escalation and nonlethal force techniques.
● Require police departments to report and publish online data on all uses of force, including when officers point guns at people, as well as any misconduct complaints and disciplinary consequences resulting from these incidents.
● Require officers to use de-escalation techniques and set a defined review process.
● Ban officers from using chokeholds, strangleholds or any other neck restraints.
● Establish an Early Intervention System that identifies officers with high rates of use of force, racial disparities, and misconduct complaints and intervenes to address these practices up to and including through termination.
● Require police departments to pay misconduct settlements from their own budgets, rather than taking this money from programs that support communities.
● Commit to not accept and remove from local budgets any federal funds to purchase military equipment.

Campaign Contributions:
Pledge to not accept any political contributions or donations from
organizations or unions directly representing police officers if the organization or union opposes reducing the size, power or budgets of police forces.

Body Cameras:
Pledge to establish policies governing the use of body cameras that ensure public access to footage, requires officers to record while on-duty, includes specific disciplinary consequences for violations, and prohibits the cameras from being used with biometric scanning and other surveillance technologies. Require departments to release videos of officer-involved shootings and interactions that result in death.

Training:
Commit to, and fund community-led trainings that teach police how to treat communities with dignity and respect, expand training in police de-escalation, limiting use of force, anti-bias, and crisis intervention.

Hiring:
Mandate that all history of use of force and/or misconduct of officers from previous employers be made available before hiring. If so found, do not hire.

The undersigned organizations appreciate the latest communication efforts exerted by all local cities in Brevard County. We look forward to establishing a community oversight committee committed to working with you to improve our law enforcement services, and creating a more fair, just and healthy community for all.

No explanation is needed why we are presenting this powerful and timely program. We are in the throes of the beginning of the final battle for too long overdue justice for people of color. Anyone who is unmoved by this is part of the problem. We must all get involved, stand up and shout for REAL ACTIONs that will once and for all provide equality and justice. We are asking our speakers and our audience to let us know what each of us must do to make a difference. We cannot close our eyes, turn our heads, or keep silent. We must all be transformed from “not being racist” to being ANTI-RACIST. This ZOOM and Facebook presentation is GLOBAL as is it’s cause. Please attend and spread the word. This is a once in history opportunity.

Our expert panelists include:

Daphne Duret
Daphne Duret is a reporter for USA Today. She was formerly an Investigative Reporter for the Palm Beach Post who covers the criminal courts in Palm Beach County. Daphne, a graduate of Florida International University who also attended Florida State University, was born in Chicago but grew up in
Miami. While in college, she worked part-time at The Miami Herald, and after an internship at the Chicago Tribune, she was hired at the St. Louis Post-Dispatch, where she covered crime. Daphne came to the Post in 2006 and previously covered courts in Martin County.
https://muckrack.com/daphne-duret/bio

Rick Hoye
Mr. Hoye currently is the First Chair of the Broward County Democratic Party. His role in the AFL-CIO is with the Florida Future Labor Leaders. He is a middle school Social Studies teacher, and is a former law enforcement officer with the Broward County Sheriff’s Department and the Detroit Police Department.
https://www.facebook.com/FloridaFutureLaborLeaders

Kyla Jenee Lacey
Ms. Laceey is a spoken word artist, feminist, blacktivist, LGBT ally, budding blogger and tree hugger. She is primarily a spoken word artist who has performed at over 100 colleges and universities in over 30 states. Her first poem was published when she was ten years old. She has been a three time finalist in the largest regional poetry slam in the country and nominated for numerous awards for college performers. She has a modest Facebook following due to her slight humor, her love for logic, her cynicism and love for cats.
https://www.thatswritekyla.com/?fbclid=IwAR3yXsGy6l1oXItXhOnSAyzgWA8D_PWjlvY6SYnNnkIbSBTlmU5_gU9gDoE

Leonard Ross
Mr. Ross has served 22 years as president of the Dr. Martin Luther King Coalition, seven years as president of the Melbourne Police Community Relations Council, as an organizer and leader of Melbourne Against Drugs, and is a past vice president and chairman of the Legal Redress Committee of the South Brevard branch of the NAACP. Ross is a charter member of the
National Museum of African American History and Culture in Washington D.C.
https://www.facebook.com/Dr-Martin-Luther-King-Jr-Coalition-Melbourne-Fl-100708948360560/