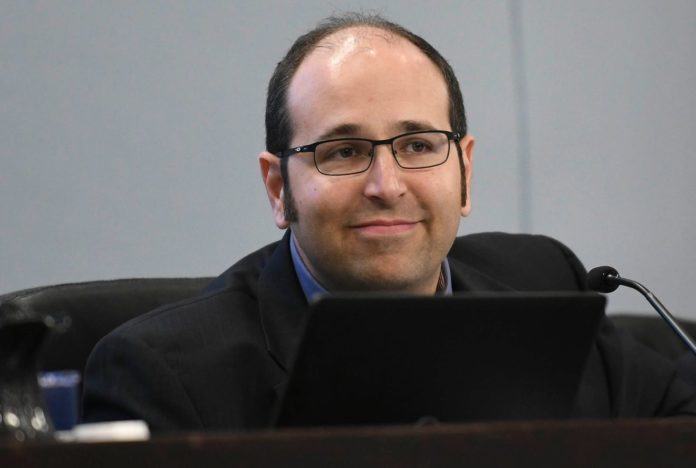 It was a foregone conclusion that Commissioner Bryan Lober would be forced to withdraw his nomination for appointing Alton Edmond to the Community Action Board, it was just a matter of how.

This morning he did just that.

After receiving a tremendous amount of pressure from Republican citizens, and elected officials, Lober made a post on Facebook stating he decided to withdraw ALL of his nominations due to “concerns.”

Lober then immediately started damage control, trying to downplay the events in various Facebook groups and posts. It appears he even went as far as to try and imply the appointment didn’t exist by vaguely posting MEME’s stating “don’t believe everything you read on the internet.” We did indeed publish the public records to support what we wrote in posting the actual appointment sheet from his office nominating Edmond which came from the County’s website in the agenda packet. We challenge Lober to post the communications of these “concerns” brought to his attention about his various appointments, all of which is public record, so they can also be requested by anyone. (We have requested them)

The agenda that contained these nominations was posted at noon on Friday. Lober’s position is that he received “concerns” about his nominations and asked to pull all of them that very same day. The County Manager’s office worker who publishes the agenda stated she did not receive the request to remove who nominations until today.

He then goes on to tell citizens not to call or email his office on this matter calling it a fantasy. However, it is no fantasy whatsoever that he did indeed nominate Alton Edmond for the position, no matter how many times today he tries to imply otherwise.

He further tries to justify his pulling of the nomination to prevent people from being drug through the mud. Keep in mind that Edmond just ran arguably the highest profile race in this County against Sheriff Ivey and has certainly already been “drug through the mud.” To imply that an appointment to a county board would draw more scrutiny than that is quite a stretch.

Additionally, if he pulled these nominations on Friday as he claimed to, he waited until this morning to inform Alton Edmond. We spoke to Alton of Saturday for a quote on the story, and at the time he believed the nomination to still be a go. According to Lober it was not, and he didn’t bother to inform them until today.

Today, after hearing the news, Alton said, “I am obviously disappointed in the decision of the withdrawing of my nomination to this board, however, I am committed to serving my community, and look forward to doing that in each and every way that I can.”

Newly elected Brevard Democratic Executive Committee Chair, Pamela Castellana said, “One would think that being an advocate against police overreach within our black community would be the very reason to have someone with Mr Alton’s voice serve on the Community Action Board. It’s a shame Commissioner Lober chose partisan pressure over what is best for our community. Brevard County would be well served by Alton Edmond.”

The County Commission meeting is scheduled for tomorrow evening at 5pm. The public are invited to come speak on this issue or any other issue they desire.