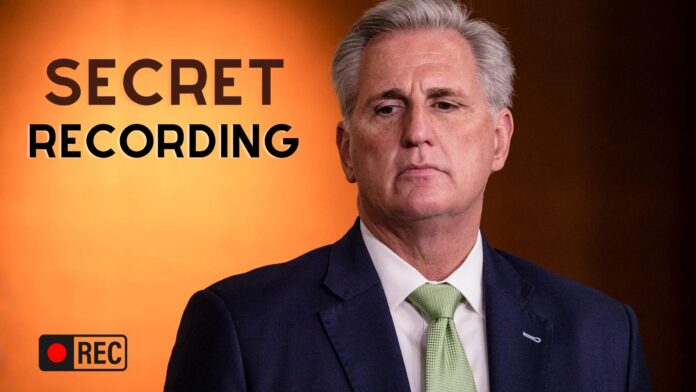 A secret recording reveals that House Minority Leader Kevin McCarthy  did consider asking then-President Donald Trump to resign in the days after the January 6 riot — contradicting his office’s earlier denials of New York Times reporting that he had done so.

In the audio, McCarthy is heard answering a question from Rep. Liz Cheney about whether there was any chance Trump would resign. McCarthy says, “My gut tells me no. I am seriously thinking about having that conversation with him tonight.”

“The only discussion I would have with him is I think this will pass, and it would be my recommendation that he should resign,” McCarthy says, referring to the impeachment resolution in the House. “That would be my take, but I don’t think he would take it. But I don’t know.”