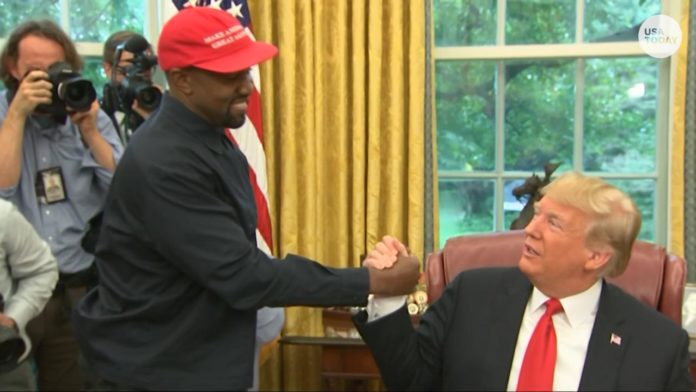 President Kanye West and first lady Kim Kardashian could be a reality as on Saturday, the rapper tweeted he is running for president, assumedly this year.

On the 4th of July in a tweet, the 43-year-old musician and fashion designer said he is running for president and used the hashtag “2020 vision,” appearing to indicate this year’s election.

“We must now realize the promise of America by trusting God, unifying our vision and building our future. I am running for president of the United States!” West wrote.

West has supported President Trumpand suggested in April that he was going to vote for him.

“And we know who I’m voting on,” West said. “And I’m not going to be told by the people around me and the people that have their agenda that my career is going to be over. Because guess what: I’m still here!”

In the Oval Office in October of 2018, West sporting a red “Make America Great Again” hat and saying “I love this guy right here,” while posing with Trump.

The Republican and Democratic National Conventions, where each party will formally announce its respective candidates, are in August. West has not said what party he would run for, or as an independent.