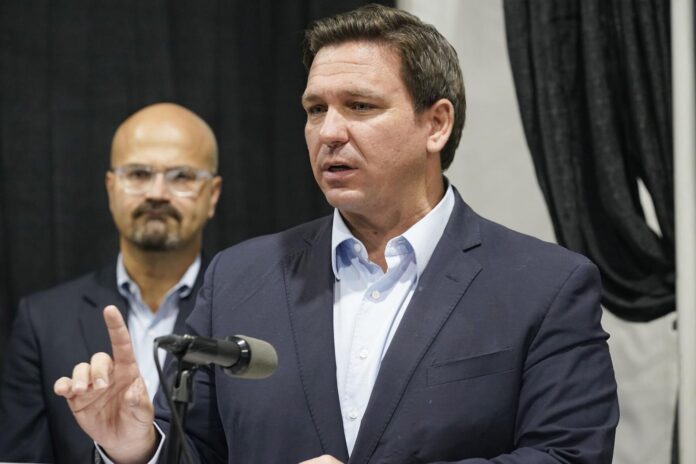 A circuit judge has just issued a ruling in a lawsuit by parents who are suing the state over mask mandate bans.

A judge ruled those parents have standing for their case to go to trial. The ruling was a blow to the governor who wanted the lawsuit dismissed.

Their attorneys debated all afternoon in front of a judge. The parents sought an emergency injunction so that the state can’t ban school districts from making masks mandatory.

“While parts of our country burn, you know, you have this obsession that a little 5-year-old should not be able to go to school without wearing that mask for eight hours a day,” Gov. Ron DeSantis said.

With his oldest child Madison, DeSantis reaffirmed his executive order and Department of Education policy allowing parents to decide if their kids ought to wear masks in school just minutes before a circuit judge heard arguments in a lawsuit brought by parents who want masks to be mandatory for students.

Allison Scott, the mother of 10-year-old Will Scott, a Winter Garden fifth-grader, is one of the plaintiffs.

“It’s unfortunate that adults are making decisions that are, you know, not based on sound medical advice,” Scott said.

“The governor decided that he was opposed to facemask mandates with no opt-out provisions,” second circuit judge John Cooper said.

Cooper summed up the defense’s argument.

“Direct the Department of Health to implement rules which would protect safety in the schools while protecting parental rights,” the governor’s attorney Michael Abel said.

“What we have is a governor who has grossly exceeded his authority and in so doing, it created a domino effect,” Attorney for the parents’ Craig Whisenhunt said. “Does he have the authority under these circumstances to do what he did? And it’s a position of the plaintiffs, that he does not.”

Should the hearing go forward, it will begin on Monday and last about 3 days according to reports.

Mayor Medina doubles down defending his decision to honor a war criminal with a...

Mayor Medina doubles down defending his decision to honor a war...