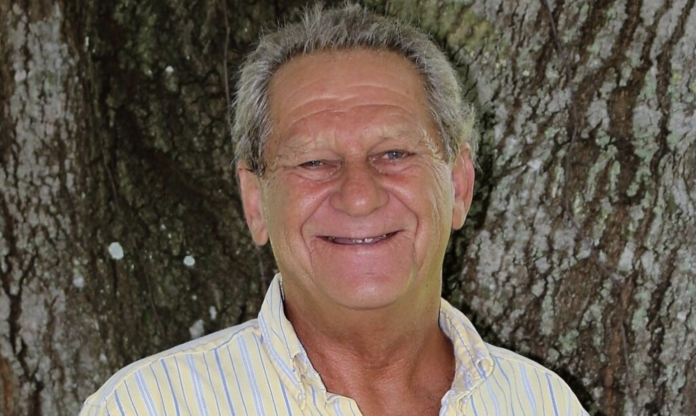 Guy Parker is running for Indiantown council Seat #1 against the current Mayor Guyton Stone. Stone is the major favorite in the race, coming off of a strong 2 years of accomplishments and very popular in the community.

Parker on the other hand is coming with some major issues.

Paker has received over $10,000 in campaign finance donations with 75% of those funds coming from outside special interests groups and political action committees.

He is also under investigation by the Florida Division of Elections for his campaign finance reporting showing thousands of dollars in what appears to be illegal contributions over the legal limit.

Parker admitted to having to amend his financial reports in an attempt to alleviate his legal issues.

His campaign appears to be ran by a local newspaper owner where emails revealed an elaborate plan amongst several powerful outsiders, to recruit Parker and ensure he is elected by any means.

The above however are not his biggest issues. It turns out that Parker is illegally running for office.

Parker serves on the Community Development District (CDD) as a member of the all male and all white 5 member board. The board has been operating illegally since 2018 by failing to comply with Florida Sunshine laws for open and transparent government.

Since 2018, the board has failed to publish any minutes to what has been discussed during these meetings or what decisions have been made. Mayor Stone is launching an inquiry into these illegal practices.

The issue for Guy Parker is that because he serves on the board, he has to ‘resign to run‘ for any other office. This resignation has to be submitted to the Governor of Florida as well as the Supervisor of Elections for Martin County. No such resignation exists.

In fact, not only did he fail to resign as required by law, he has still been acting as a member on the board while campaigning.

His major backers are all members of the same board, and his major outside donors are all from the real estate industry. What they are up to and why they are pushing so hard for Parker to get on the board is unknown, because they have been illegally not publishing the minutes.

Additionally, Parker has received contributions from convicted felons who take advantage of undocumented workers which led to the raid of Tentlogix by Homeland Security resulting in dozens of arrests and fines.

These are the groups who are supporting Guy Parker. The question is why. With election day coming up tomorrow, it is unknown if Parker will be removed from the ballot due to his failure to comply with the law.

While Mayor Stone has been focused on bringing new business, grocery stores, and entertainment to Indiantown, he has unfortunately had to turn his attention to this illegal activity by his opponent in order to protect the town which he is responsible for.