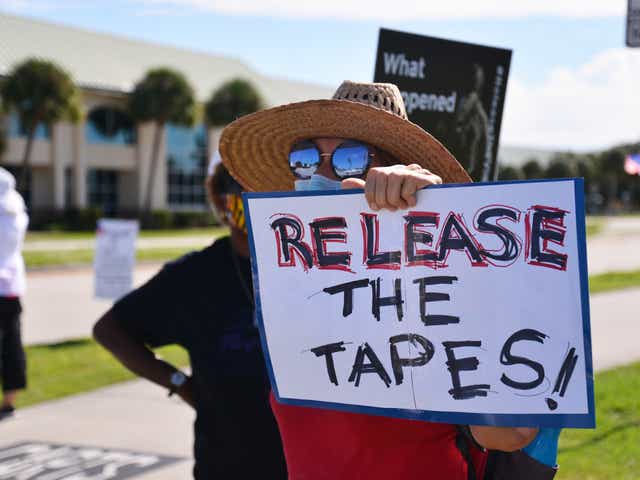 Today at 12:30pm, the video of Army Combat Medic Gregory Edwards will finally be released by order of a Brevard County Judge Dugan, after nearly 2 years of refusal to do so by Sheriff Wayne Ivey.

Below is the investigative report in it’s entirety of the incident that led to Edwards death. It includes the statements of the officers invovled and other witnesses to the event.

Of special note is that the deputy who tased Edwards, Allison Blazewicz, refused to give a sworn statement of the incident (page 19 of 68). She accompanied her boyfriend to the hospital who was the deputy that was initially in the confrontation with Edwards. The two were later seen that night partying in Downtown Melbourne. They no longer work for BCSO, but are employed by the Melbourne Police Department.


Below is the letter from State Attorney Phil Archer after reviewing the case.