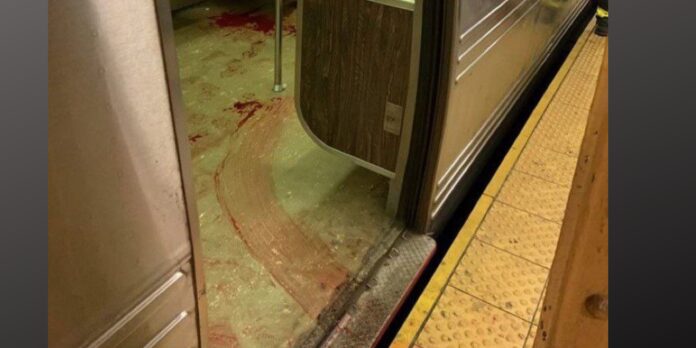 Now, a manhunt is underway for a gunman described as wearing a gas mask and an orange construction vest.

At least four of the victims were found at the 36th Street subway station in Sunset Park and another at the 25th Street station in Greenwood Heights just before 8:30 a.m.

It wasn’t immediately clear whether the shootings took place on the train or in the stations.

A possible smoke device was also used during the shootings.

Police were looking at as many as four packages initially deemed suspicious, but they were later determined to be unfounded.

The victims were being taken to Maimonides Medical Center, Kings County Hospital and other hospitals.

No arrests have been made, and schools in the area went into a lockdown as the search continues.

An FBI official says they are assisting NYPD and that it remains unclear at this point whether there is any connection to terrorism, but FBI headquarters is monitoring.

N and R line power is off as police search for the suspect.

Mayor Eric Adams is monitoring the situation but cannot respond due to his recent COVID diagnosis. Governor Kathy Hochul said she has also been briefed.