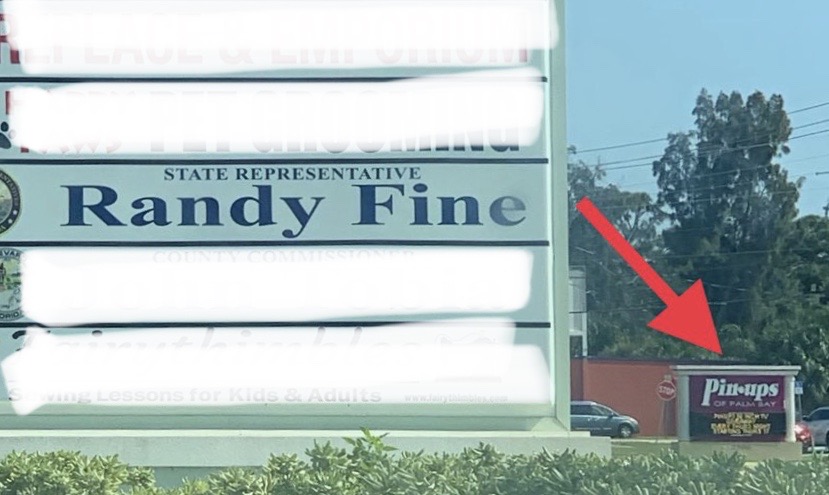 In over a 2 hour interrogation by the Florida Department of Law Enforcement and the FBI of former Palm Bay City Councilman Tres Holton, Holton describes in detail what he called “trade secrets” of how he would obtain prostitutes for elected officials and lobbyists in Tallahassee and other places.

We obtained hours upon hours of interrogations and secret recordings from the State Attorney’s office related to the ongoing case of former Palm Bay Deputy City Manager David Isnardi who has been charged with several felonies. David is the husband of District 5 Brevard County Commissioner Kristine Isnardi.

During the interview, Holton is pressed to name names for parties he would host where he would contact one of several escort agencies he had in his phone and bring girls over for what he described as “entertainment.”

He emphatically denies witnessing any illegal activity and that the girls would simply come over to serve drinks or deal cards. He stated that if an official went to another location with a girl, he didn’t have any knowledge of what took place. Other documents and statements in the investigation later show this claim to be untrue.

When asked how he paid for these services he stated he paid using his own cash. He was questioned if he had ever used Mike  Haridopolos business credit cards or accounts to pay for these services or if Haridopolos was aware of his activities in Tallahassee and he stated no. During this time, Holton was a licensed lobbyist and also managed Mike Haridpolus’ Political Action Committee Campaign Account. Other statements in the investigation also contradict Holton’s claims on this account.

Throughout the interview, the agents try to convince Holton that Dave Isnardi is not his friend. This was after Holton describing him as a trusted friend. They then went on to play a part of a 3 hour recorded interview of Isnardi where he makes several harsh claims against Holton which lead to their questioning.

Among Isnardi’s claims were that Tres lived in strip clubs; he used about 10 different escort services; he hosted parties in a party house right outside Tallahassee; and that he was planning on leaving his wife for his ex girlfriend. Holton heard all these claims on the audio recording.

Also on the Isnardi recording was the plan to try and extort both Holton and Councilman Jeff Bailey by placing them in compromising positions and catching it on camera. He planned on catching Holton in what is known as “the clubhouse” in Palm Bay engaged is sexual acts with prostitutes on video.

He also attempted to place illegal drugs inside Jeff Bailey’s vehicle and have an officer that was close to him conduct a search on the vehicle. Among the officer’s Isnardi claims to have thought he could use for this set up was current Melbourne City Councilman Paul Alfrey. Alfrey was a former K-9 Police Officer who specialized in such policing.

Holton goes on to say that he doesn’t know why they would be planning this because he wouldn’t be involved in that kind of activity. At this point the investigator says “according to him and others, this was a frequent thing at Representative Fine’s place and different facilities…”

The agent goes on to state that Fine’s office is across the street from the strip club Pin Ups in Palm Bay. Because there are two investigators speaking at once, it is difficult to make out the rest of what is said about Fine and him in the strip club. The audio of this part of the conversation is here for your own interpretation.

This strip club is also the subject of another part of the conversation and an incident involving a Commissioner of the Palm Bay BCRA where an alleged sexual assault took place by this Commissioner to one of the girls of the club. According to Holton, the owner of the club tried to use this incident to blackmail the City Attorney Andrew Lannon and Holton in order to get a favorable business deal on the sale of the club to the City.

There are several allegations made with initial denials by Holton followed by confessions. Asked several times for the specific names of the attendees of his parties, he refused to give them up stating he didn’t want to see respected people go down when they did nothing illegal. The agents tell Tres they don’t believe him.

Holton said he provided these services approximately 10 times over several legislative sessions the last being in February of 2017.

At that point the investigators bring up Sheriff Wayne Ivey and ask Tres if Wayne was “still mad at him.” Tres says that he believes Wayne has two phone numbers and that Wayne texts him at 1 in the morning dropping f-bombs and that frustrates him.

Within this recording and others are several other stories that bring some of these pieces together that we will be addressing in some future articles. The length of the investigation is entirely too large for one article and expands over several years.

Most of those mentioned here are currently running for reelection this year. Holton claimed in a Facebook post last year that he was retiring form politics last December. However he is still listed as the manager or registered agent on several political action committees for campaign finances.

Sheriff Wayne Ivey is running unopposed at the moment, and is listed on the fundraising committee for both Randy Fine and Kristine Isnardi; both of who are running for reelection for their current offices. Isnardi is currently running against the Palm Bay Mayor William Capote. Paul Alfrey is also up for reelection.

However, one thing that is different this election from the last election is the absence of Fine’s name from Isnardi’s fundraising committee and the absence of her’s from his.

Fine who was in the frequent company of the Isnardi’s has began visibly distancing himself from them since David Isnardi’s arrest. Randy Fine also gives credit to Tres Holton in a Facebook post after his last election for getting him elected.

As we stated, there are a lot of stories here which we will be releasing in the near future.

The full audio of the interrogation involving the prostitution questioning can be heard here.