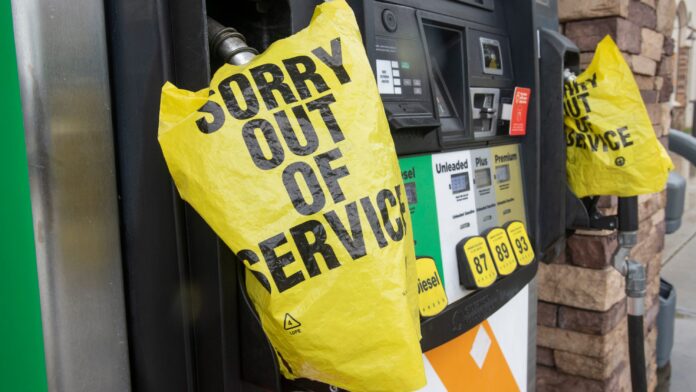 Gov. Ron DeSantis on Tuesday declared a state of emergency in response to a cyberattack that shut down a major pipeline. Drivers in Florida and neighboring states have rushed to the pumps creating what analysts say is unwarranted panic-buying among drivers.

Among the states hit by the gas shortages, Florida was the least affected. The attack will have its biggest impact on the Panhandle.

Historically, Florida’s gasoline was supplied from the U.S. Gulf Coast (USGC) and augmented with imports, particularly from Caribbean refineries. However, since 2007, Florida gasoline consumption (as measured by prime supplier sales) has fallen 90,000 barrels per day (bbl/d) to an average of 465,000 bbl/d in 2013. Imports have also fallen as a result of lower consumption and the 2012 idling of two refineries in Aruba and on Saint Croix, in the U.S. Virgin Islands, which used to supply Florida with substantial amounts of gasoline. As a result, USGC refineries have increased their share of Florida’s gasoline supply.

The way in which the USGC supplies Florida has resulted in a tighter market in the state, despite consumption declines. Because Florida is not connected to the USGC by pipeline, almost all gasoline supplied to Florida is from waterborne cargoes. The ships and barges arrive at ports including Tampa, Port Everglades, Port Canaveral, and Jacksonville. From the storage terminals at these ports, gasoline and other petroleum products are distributed to local markets via tanker truck.

The only product supplied to Florida through a pipeline is sourced from a terminal in Bainbridge, Georgia, that is connected to a spur of the Colonial Pipeline system. The terminal in Bainbridge supplies product to Florida’s panhandle by tanker truck. The Central Florida Pipeline System, which runs from Tampa to Orlando, carries petroleum products that arrive at ports in the Tampa Bay area to inland markets within Florida. A short pipeline runs from Port Everglades to Miami and Fort Lauderdale airports, but it carries no gasoline.