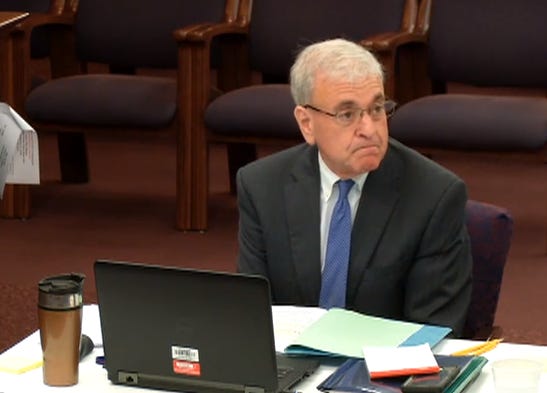 The top lawyer for the Florida commission that investigates and prosecutes election law violations was arrested for possession of child pornography.

Eric M. Lipman was arrested Wednesday on 11 counts of the crime. He was booked into the Leon County Jail and then released.

Tim Vaccaro, executive director of the commission said, “The employee has been placed on administrative leave pending further information.”

The Sheriff’s Office’s Internet Crimes Against Children task force got a tip Feb. 24 from the National Center for Missing & Exploited Children about child pornography that was transmitted through a Yahoo email account, according to court records.

Aftwer a six-week investigation and a search warrant Wednesday at his home, FDLE agents arrested him and seized personal and work computers and his iPhone.

Investigators obtained 19 files allegedly sent by Lipman’s email account and confirmed that each one contained child sexual abuse material, according to the arrest report.

They also found a number of internet searches on his work laptop involving child sexual abuse, pedophiles and children between the ages of 3 and 5, the report says.

Lipman, 59, agreed to speak with detectives, saying he understood his right to remain silent.

“Lipman confirmed the suspect email account belonged to him at the time of the incident, but refused to answer any further questions related to the email, or anything else related to the search warrant related material,” the report says.

Lipman, a 59-year-old Boston native well-known in Tallahassee legal circles, began working for the commission in 2001 as assistant general counsel, according to his online bio, which was later deleted from the agency’s website.

Before that, he worked as a senior attorney with the Florida Department of Children and Families in Leon, Wakulla and Franklin counties.

He also served as an officer with the Capital Soccer Association, a nonprofit soccer league for boys and girls ages 4 to 17, according to Florida corporate filings.

His mugshot did not appear in the Sheriff’s Office’s daily booking report because of a Sunshine Law exemption involving certain current or former state agency investigators and employees.