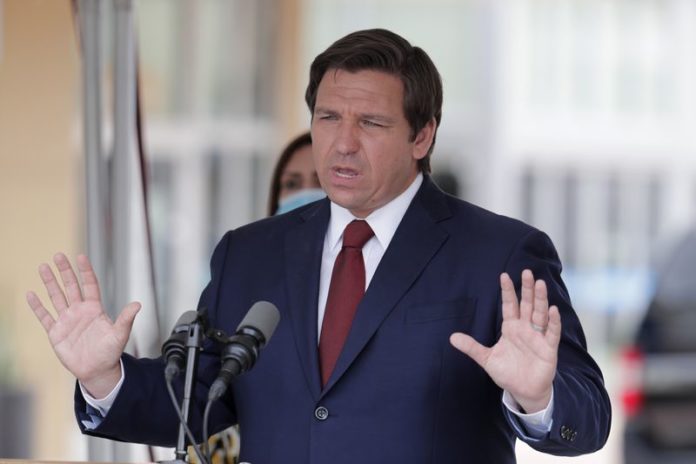 The U.S. Supreme Court decided not to weigh in on Florida’s fight over felon voting, choosing not to overturn a lower court’s decision to keep hundreds of thousands of poor felons from joining the voter rolls ahead of this year’s elections.

Thursday’s decision, which was not accompanied by a written ruling, means that felons who can’t afford to pay off all court fines, fees and restitution to victims are still unable to register to vote. Three of the court’s liberal justices, led by Justice Sonia Sotomayor, disagreed in a written dissent.

Last week, Florida’s battle over felon voting made its first appearance before the high court when the American Civil Liberties Union and other groups asked the justices to overturn a decision by the U.S. Court of Appeals for the 11th Circuit in Atlanta.

The 11th Circuit judges decided to block a federal judge’s ruling in Tallahassee that allowed large numbers of poor felons to register to vote. The appellate panel will hear the arguments in full on Aug. 18, the same day as Florida’s primary election.

In her dissent, which was joined by justices Ruth Bader Ginsberg and Elena Kagan, Sotomayor blasted the decision by the 11th Circuit to make such a drastic change before the elections. State officials had already started implementing the federal judge’s ruling from May, which allowed poor felons to register to vote if they’d been represented by a public defender, among other changes.

“The plaintiffs have raised serious claims, some of which the 11th Circuit already found likely to succeed,” Sotomayor wrote. “Because the parties’ rights and the legal framework had been well established, it was error to for the Eleventh Circuit to reverse course in an unexplained stay order right before an election.”

She added, “This Court’s inaction continues a trend of condoning disfranchisement.”

At DeSantis’ urging, Florida’s Republican-controlled Legislature passed a law requiring that felons pay off all court fees, fines and restitution to victims before voting, ensuring that the majority of the state’s felons will not be allowed to vote.

A group of felons represented by the ACLU and other groups quickly sued, claiming the Legislature created an unconstitutional “poll tax.” U.S. District Judge Robert Hinkle in May agreed that court fees, which amount to hundreds of dollars and subsidize the criminal justice system, were a tax.

Hinkle also ruled that felons poor enough to receive a public defender for their criminal case were allowed to vote. He also created a process for other poor felons to ask Florida Secretary of State Laurel Lee, who oversees the state’s election system, for an advisory opinion about their status.

But when DeSantis appealed Hinkle’s decision, the 11th Circuit judges temporarily stopped Hinkle’s order. Florida’s Division of Elections then told the state’s elections supervisors to ignore Hinkle’s order, and to not allow felons to use the process Hinkle created.

However the 11th Circuit eventually rules on the case, the decision is widely believed to be destined for the U.S. Supreme Court.