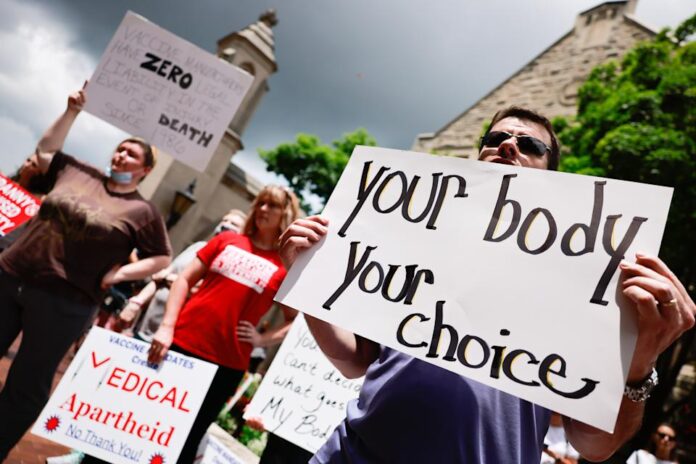 A lawsuit brought on by employees at a Houston, Texas hospital has been thrown out by a federal judge who sided with the hospital on a vaccine mandate.

According to USA Today, the federal ruling could cause a ripple effect across the nation.

On Saturday, U.S. District Judge Lynn N. Hughes ruled that federal law does not prevent employers from issuing a vaccine mandate. The ruling sided with Houston Methodist’s decision to require covid-19 vaccines for all employees. The hospital became the first hospital system in the U.S. to mandate all employees to get vaccinated.

170 of its 26,000 employees were placed on unpaid suspension after months of warnings. They were also told that they would be fired if they didn’t receive a vaccine by June 21.

The hospital is not backing down from its decision; it fired Bob Nevens, director of corporate risk and another manager in April after failing to meet an earlier deadline set for bosses.

Other hospitals have followed suit over recent weeks, including the University of Pennsylvania, University of Louisville, New York-Presbyterian, and several major hospitals in the Washington, D.C., area.

Marc Boom, Houston Methodist’s CEO, anticipates other hospitals to mandate vaccines now that there has been legal clarification.

“We can now put this behind us and continue our focus on unparalleled safety, quality, service, and innovation,” Boom said after the ruling. “Our employees and physicians made their decisions for our patients, who are always at the center of everything we do.”

Bridges declined the vaccine due to her belief that it’s experimental and dangerous. However, the judge disagreed by saying, “This claim is false, and it is also irrelevant.”

Bridges doesn’t plan to give up her fight. She has since initiated a petition on change.org that has garnered 9,000 signatures and a GoFundMe to help pay for the lawsuit. It has raised $130,000.

“This surprise me,” she said. “Methodist is a very large company, and they are pretty well-protected in a lot of areas. We knew this was going to be a huge fight, and we are prepared to fight it.”