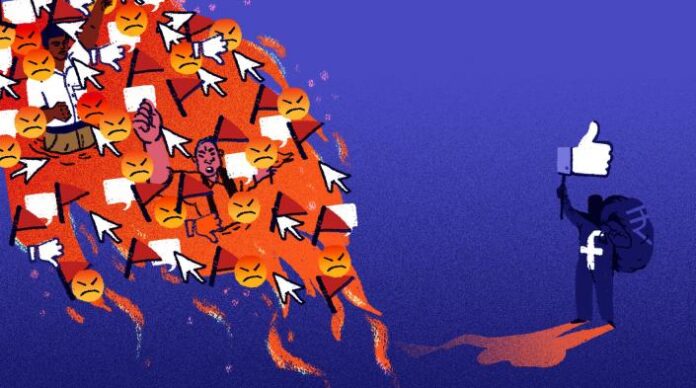 Facebook plans to announce Friday that it will no longer automatically give politicians a pass when they break the company’s hate speech rules.

Since 2016, when users report posts made my elected officials as hate speech, Facebook exempts the political speech from the rules if they deem it newsworthy versus its threat to cause harm.

Now Facebook will throw out the first part of the test and will no longer consider newsworthiness as a factor.

Facebook doesn’t plan to end the newsworthiness exception entirely. In the cases where an exception is made, the company will now disclose it publicly, the person said — after years of such decisions being closely held. And it will also become more transparent about its strikes system for people who violate its rules.

Florida Gov. Ron DeSantis signed the bill into law on May 24, slamming what he called the “censorship” of conservatives on social media websites such as Twitter and Facebook. The law, scheduled to take effect on July 1, imposes fines of up to $250,000 per day on social media companies that ban candidates for elected office.

When announcing this bill, State Representative Randy Fine touted that it would put pressure on social media companies to not censor them. It appears to have done the opposite.

The lawsuit asks for preliminary and permanent injunctions preventing Florida from enforcing the law.

Florida’s law “infringes on the rights to freedom of speech, equal protection, and due process protected by the First and Fourteenth Amendments to the US Constitution,” exceeds the state’s authority under the Constitution’s Commerce Clause, and is preempted by Section 230 of the Communications Decency Act, the lawsuit said. The law infringes the First Amendment “by compelling [websites] to host—and punishing them for taking virtually any action to remove or make less prominent—even highly objectionable or illegal content, no matter how much that content may conflict with their terms or policies,” the complaint said.

These unprecedented restrictions are a blatant attack on a wide range of content-moderation choices that these private companies have to make on a daily basis to protect their services, users, advertisers, and the public at large from a variety of harmful, offensive, or unlawful material: pornography, terrorist incitement, false propaganda created and spread by hostile foreign governments, calls for genocide or race-based violence, disinformation regarding COVID-19 vaccines, fraudulent schemes, egregious violations of personal privacy, counterfeit goods and other violations of intellectual property rights, bullying and harassment, conspiracy theories denying the Holocaust or 9/11, and dangerous computer viruses. Meanwhile, the Act prohibits only these disfavored companies from deciding how to arrange or prioritize content—core editorial functions protected by the First Amendment—based on its relevance and interest to their users. And the Act goes so far as to bar those companies from adding their own commentary to certain content that they host on their privately owned services—even labeling such commentary as “censorship” and subjecting the services to liability simply for “post[ing] an addendum to any content or material posted by a user.”

Fine himself has recently come under fire for publishing hate speech on his official Facebook page, but has enjoyed the Facebook exemption as a politician up to this point.

Local citizens have started a petition to recall him from office as a result of his attacks.

Those who violate the policy are often put in “Facebook jail” essentially disabling their ability to post for a certain amount of time, or could result in the complete removal of their account for repeated violations.