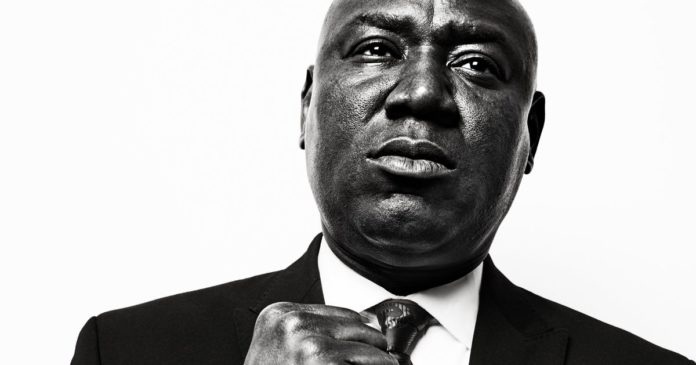 In 2020, Crump became the attorney for the families of Ahmaud Arbery, Breonna Taylor, and George Floyd, whose deaths led to unprecedented protests against police brutality in America as well as internationally.

Edwards reached out to Crump following an incident at her residence where Sheriff Wayne Ivey showed up and confronted her in her driveway with 6 other deputies under what was described as a “wellness check.”

Ivey claimed to have received a message from a concerned veteran in Texas that Edwards may be suicidal from a post she made in a Facebook group for veterans who suffer from PTSD. Edwards along with her late husband, Gregory, are both combat veterans diagnosed with PTSD.

In a live interview immediately following the incident by Robert Burns, Edwards stated she was terrified over the unusual encounter, and claimed that she specifically asked that Ivey not come to her house when she was asked if she wanted him to.

Since Gregory Edwards death in December 2018, Kathleen has been asking for the video surveillance footage of the confrontation which lead to his death to be released.

Ivey refuses to release the video claiming that is would compromise the security features of the jail. However, critics don’t buy that explanation being that the Sheriff has filmed numerous reality television shows in the very same jail, the very same year of his death. The series goes into great detail of the workings of the jail.

Protests have been occurring all over the county demanding that the sheriff release the tape so that the community can see exactly what happened in this controversial case.

During the encounter at her home, Ivey offered Edwards to come to his office and view the tape herself with one other person the next day. Edwards was not able to reach her attorney at the time who is based out of South Florida. Since then she has moved on from that attorney, and retained Crump. She has yet to take the Sheriff up on his offer to view the tape and still wants it to be released publicly. Republican Brevard County Public Defender Blaise Trettis has also called for the Sheriff to release the tape.

She has also called for a separate, independent 3rd party investigation into her late husbands death. Ivey stated that “we police our own” but has recently asked the FDLE to ‘review’ his internal investigation, but stopped short of allowing their own independent investigation of the facts.