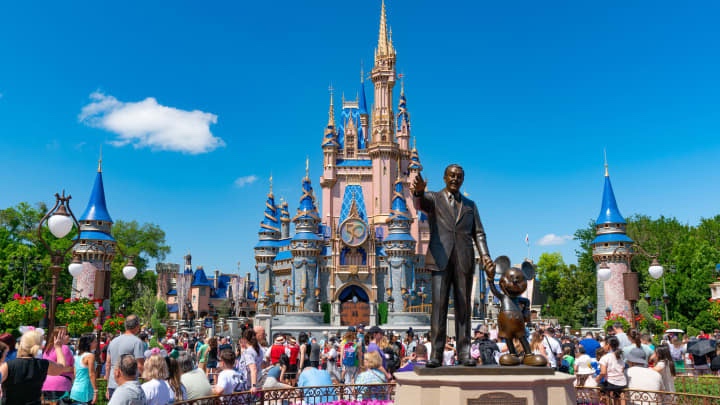 In a letter Tuesday, parks and resorts Chairperson Josh D’Amaro told employees about a number of modifications to its reservation and ticketing system as well as its annual pass membership perks.

“As we step into this bright future it is important that we continuously evolve to help deliver the best guest experience possible,” D’Amaro wrote. “Many of you know that I’m in the parks fairly often and I listen to you and to our guests about the things that are working as well as the things that might need some change.”

These updates to park operations come less than two months after CEO Bob Iger returned to the helm of the company, promising a two-year stint that would spark renewed growth. The moves at the parks are said to be unrelated to Iger’s return, however.

Disney made sweeping changes to operations when the pandemic hit in 2020, just after Bob Chapek took over as CEO, and forced the long-term closure of its domestic and international parks. This included the integration of an online reservation system, which required guests to plan visits in advance of arriving at the parks, and a reduction in capacity.

During this time, Disney also pushed guests towards no-touch payment options, like its magic bands and mobile order and pay. While contactless payments are no longer required, guests can once again pay with cash, many guests have made the transition to these new methods.

Additionally, Disney launched its Genie and Genie+ itinerary programs alongside its line skipping initiative called Lightning Lane. These digital offerings were designed to optimize guests experiences in the parks, allowing them to schedule their days more effectively, with access to estimated wait times and restaurant reservations. They also gave guests the option to pay to have a shorter wait for Disney’s top attractions.

While many guests have embraced these new programs, others have complained about the rising cost of tickets for Disney’s domestic theme parks. It has also been reported that so many guests are purchasing Lightning Lane access, that the special line often still means waiting time for those looking to get on rides fast.

Tuesday’s announcement addresses some of these concerns, but not all, D’Amaro told park employees in his letter.

In Disney’s Florida-based parks, annual passholders will be allowed to visit after 2 p.m. without a park reservation. The only exception is on Saturdays and Sunday for Magic Kingdom. Blackout dates will continue to apply based on the tier of the program guests have selected.

Guests who book a stay at one of Disney’s resort hotels starting Jan. 10 will be granted complimentary self-parking.

Additionally, Disney is set to add free digital downloads of attraction photos for guests who have purchased the Genie+ service.

“I’m excited about all of these changes and offers and want you to know that we are committed to listening, adapting, and staying relentlessly focused on making the guest experience at our Disney parks even better,” D’Amaro wrote.