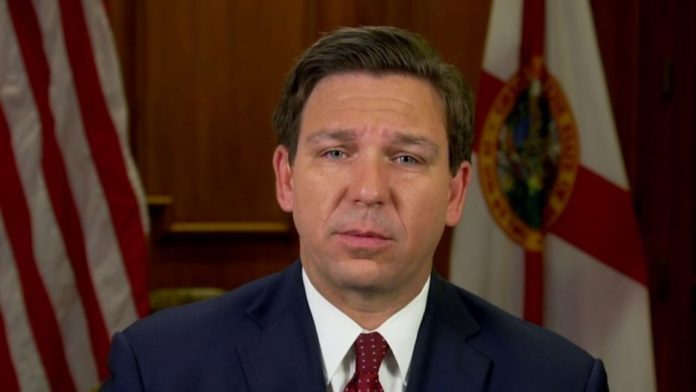 Florida had been the only state with more than 5,000 cases to not issue such an order, with DeSantis insisting localized orders for South Florida and by individual cities and counties were sufficient. But Wednesday, he announced an order for Floridians to “limit all movement” outside of essential services and activities.

Health data experts gave clearer estimates of coronavirus’ toll, they warned that even with social distancing, Florida could see a median of 6,937 deaths, and the virus could kill between 100,000 and 240,000 people in the United States in the coming months.

The U.S. surgeon general said Wednesday that national guidelines amount to “a national stay-at-home order” that everyone should heed to slow the spread of coronavirus. Dr. Jerome Adams’ declaration came in response to DeSantis’ earlier resistance to issue such an order.

The virus is now projected to kill thousands of Floridians even in a best-case scenario, as cases are continuing to double almost every three days in the state. A failure to impose stringent isolation measures — coupled with an older population — could make Florida one of the nation’s hardest-hit regions, said William Hanage, an epidemiologist at the Harvard T.H. Chan School of Public Health.

One more Central Florida county, though, opted to enact a stay-at-home order as Sumter County, which includes the massive retirement community of The Villages, joined Orange and Osceola counties with such a measure. Lake and Seminole counties have put in more social distancing requirements, but held off a stay-at-home order. Daytona Beach, meanwhile, has enacted a curfew.

Testing in Central Florida expanded Wednesday with the announcement that anyone with symptoms or a pre-existing medical condition can go to the drive-up center near the Orange County Convention Center. The site had already reached capacity by midday and will reopen at 9 a.m. Thursday. Testing also expanded in Brevard County (details below).

Meanwhile, two more cruise ships with sick people aboard are heading to South Florida, joining a string of vessels with plans to dock at Port Everglades. The Celebrity Silhouette and Caribbean Princess have some crew members who are sick with influenza-like symptoms. The ships’ pending arrival comes amid intensifying debate over whether ships with sick people should be allowed to dock at Port Everglades.

“We’re going to be willing to accept any Floridians that are on board,” DeSantis said at a press briefing Wednesday afternoon, adding that he’s concerned about a potential shortage of hospital beds.

Original reporting from The Orlando Sentinel