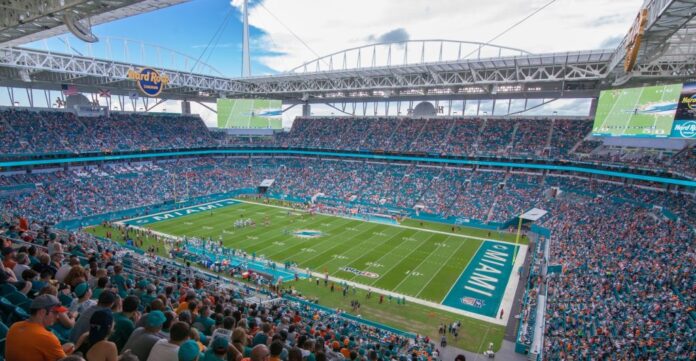 Florida Governor Ron DeSantis has indicated that the state’s entrance into Phase 3 of its reopening during the pandemic that lessens restrictions includes stadiums.

The news came after radio personality Andy Slater reported that the Miami Dolphins had received the go-ahead from the state and governor to expand to full capacity — though the Dolphins have indicated that they’ll proceed with the same capacity limit (13,000 fans) will remain in place until at least October 25.

“We’re gonna be able to host a Super Bowl [in Tampa] in February,” DeSantis said at the end of September. “We expect to do a full Super Bowl. And, we’re gonna show that we’ll be able to do that.”

It echoes what DeSantis said last week when discussing the possibility of more fans at Buccaneers’ games (Tampa hosted fans for the first time last week.)

“[The teams aren’t] really impacted, cause I’ve supported [more fans]. It’s not really the government but what the leagues have been comfortable with. I very much support the Bucs having fans…so they can operate.”