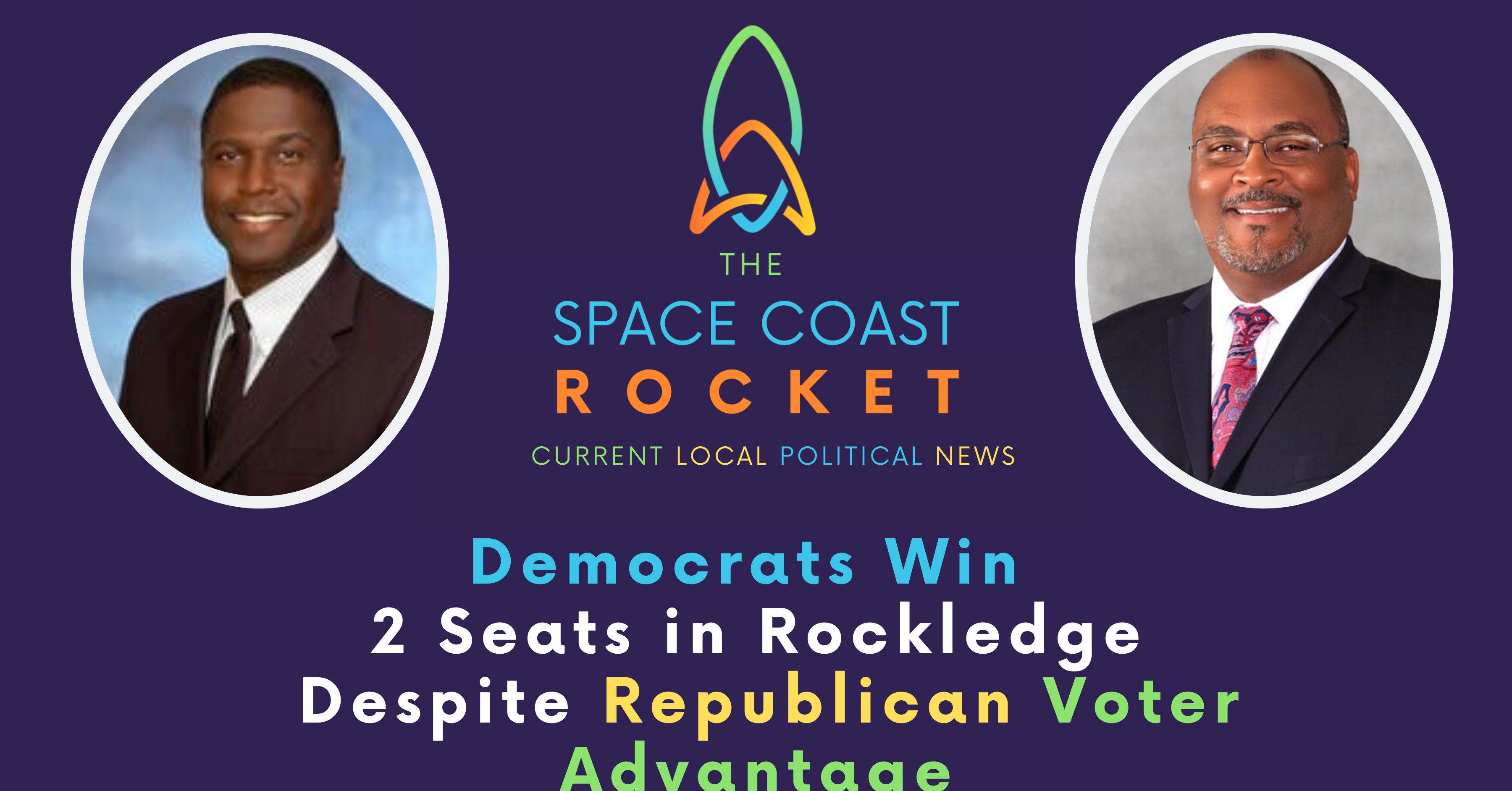 There were 2 seats up for election in the City of Rockledge in this years municipal election. According to the Supervisor of Elections website, Rockledge currently has 7,016 registered democrats, 8,213 registered republicans, and 4,879 registered NPA’s. Seats on the City Council are nonpartisan.

Rockledge City Council Seat 1 was the open seat with the current incumbent not seeking reelection. The candidates were Michael Cadore Sr. (D) and Pat O’neill (R). Cadore came out victorious in that race while getting 61.96% of the votes compared to O’neill’s 38.04%.

Seat 2 included incumbent Sean Ferguson (D) and challenger Joshua Norcross (R). Ferguson won overwhelmingly with just over 70% of the votes while Norcross was only able to receive 29%.

Despite republicans having a 6% advantage in registered voters in Rockledge, the democratic candidates won by 23 and 41% respectively.

Last year, Brevard County Republican Executive Committee Chair Rick Lacey received scrutiny from within his own party for being “outworked” by the Brevard Democrats led by Chair Stacey Patel.

State Representative Randy Fine (R-53) publicly complimented the Democratic Party during the annual State Delegation meeting for their work during the 2018 elections, and also sought to make local nonpartisan elections partisan. His proposal failed and he was criticized by State Senator Debbie Mayfield (R) for his comments against the party.

In Brevard county as a whole, Republicans have approximately a 50,000 voter advantage over Democrats. They continue to have a stronghold in every partisan race at every level. However, in the nonpartisan races, Democrats continue to gain ground, and win by large numbers.

2020 races have begun to take shape with new candidates announcing nearly every week. Most of the constitutional offices all held by Republicans are so far running unopposed, except for Clerk of Courts which in an open seat with 2 Republican candidates running.