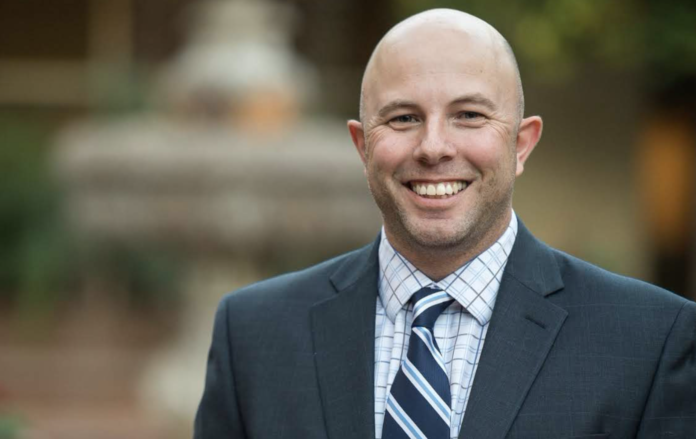 However, based on this President’s past words and actions, I believe his actions amount to a clear and present danger to free and fair elections in our country.

America. The nation that established the concept of free and fair democratic elections as a beacon of hope for the rest of the world is under threat from within.

This statement by this President should enrage every American with any sense of fairness, history, and patriotism. As our state battles unprecedented unemployment rates, looming evictions, and rising death tolls due to COVID-19, we deserve leaders who will rise to meet great challenges, and not with weakly veiled threats meant to divide us, but rather with uncommon strength and calls for unity among the best of us.

Today, under headlines like “Stocks tumble as US economy shrinks most in history” and “Florida sets new daily death toll record,” now is not the time for weakness. Now is the time for new leaders to emerge; those with the courage to speak truth to power and help solve our problems here at home.

Never in our history has an American presidential or mid-term federal election been delayed. It has never even been seriously suggested. Because up until now, we have had serious people leading our nation. Serious men and women dedicated to the Constitution and the voices of the American people.

We’ve held elections during wars – and not just far-off wars fought well beyond our borders. We’ve held national presidential elections twice during World War II; during World War I; in the midst of the Civil War; during the War of 1812 and a mid-term election at the same time the White House was set aflame by the British.

And yes, we’ve held American elections during a pandemic. The 1918 mid-term election was held during the infamous Influenza Pandemic that killed an estimated 70 million Americans and during the final days of World War I.

The President’s statement should energize Floridians of all political stripes to rise out of their seats and march on the offices of their duly elected officials and demand that they speak out against any threats to Constitutionally protected rule of law.

Here in Brevard County, we must demand our state and federal representatives go on the record opposing the President on this issue.

Call their offices. Write them. Email them. Demand to know where they stand on this issue. Publicly.

Call them out. All of them. It is their duty to clarify their positions to us, their constituents.

And if they choose not to answer, that is the answer. Silence is not acceptable when threats are made to the foundation of our democracy. Their silence can only be construed as cowardice when the consent of the governed is under assault.

I served in the US Air Force for half my life dedicated to the core values upon which this nation was built and, swore an oath to sacrifice my life if called upon in that service to my country. When I retired from the military in late 2018, I chose another way to serve as a candidate for State Representative in District 52. And as a candidate, I believe it is imperative for the voters of Brevard County to be transparent on all matters, especially those that pertain to Constitutional protections.

We know that the President does not have the power to move, delay, or reschedule this election. It is another power he has claimed, despite clear language in our Constitution that delegates this authority to Congress and Congress alone.

Free and fair elections are part of what make this country great. And so, I believe every American should treat their vote not only as a right, but as a patriotic duty to vote for serious candidates, regardless of party.

Do not be distracted. Always demand accountability from our elected officials. And If those leaders fail to meet our expectations, then we must find and elect new ones who are ready to rise and meet liberty’s call. We are duty bound to do so as Americans.

About Lloyd Dabbs
Dabbs describes his Keep Moving Forward campaign platform as running for a Florida that is just, and fair, and inclusive regardless of the color or your skin or how much money you have in the bank.

The Viera resident is a father, husband, combat veteran, and career intelligence officer having served 21 years in combat operations in places like Kosovo, Iraq, Afghanistan and in United Nations operations in the Democratic People’s Republic of Congo.

Dabbs is running on a platform prioritizing economic equality, healthcare for all, educational reform, climate activism and other issues.

Dabbs is the Democratic candidate for the District 52 seat and will face the winner of the Republican primary contest between Matt Nye and incumbent Thad Altman in the November 3rd general election.