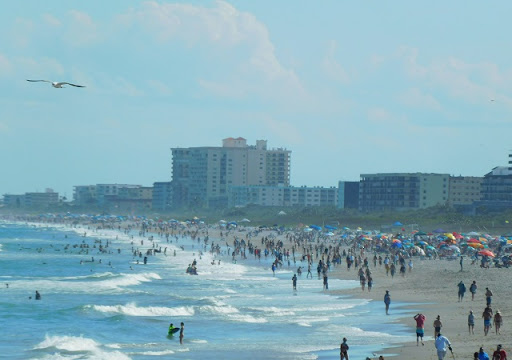 In a 4-1 vote this morning at a Special County Commission meeting, Commissioner’s voted against the vote of the Policy Board (which Lober Chairs) to close all beaches in Brevard County for certain hours and certain days. The Policy Board voted in favor of the action yesterday with a 5-4 vote. Lober, one of the only 2 elected officials on the board, voted in favor of the closure. Sheriff Ivey voted against it.

In what could be called a rebuke form the 4 other Commissioners today, they felt as though the Policy Board was over reaching and making decisions that elected Commissioners should make.

Lober spoke for well over an hour trying to defend his position to no avail. Each Commissioner strongly disagreed with the measure for various reasons.

After the reversal of the decision however, several municipalities decided to close their won beaches anyway.

Lober stated that enforcement would consists of two warnings to leave prior to being arrested.

Melbourne Beach and Indialantic beaches are closed, effective immediately, 11-4 Friday to Sunday, after which time they will re-assess.