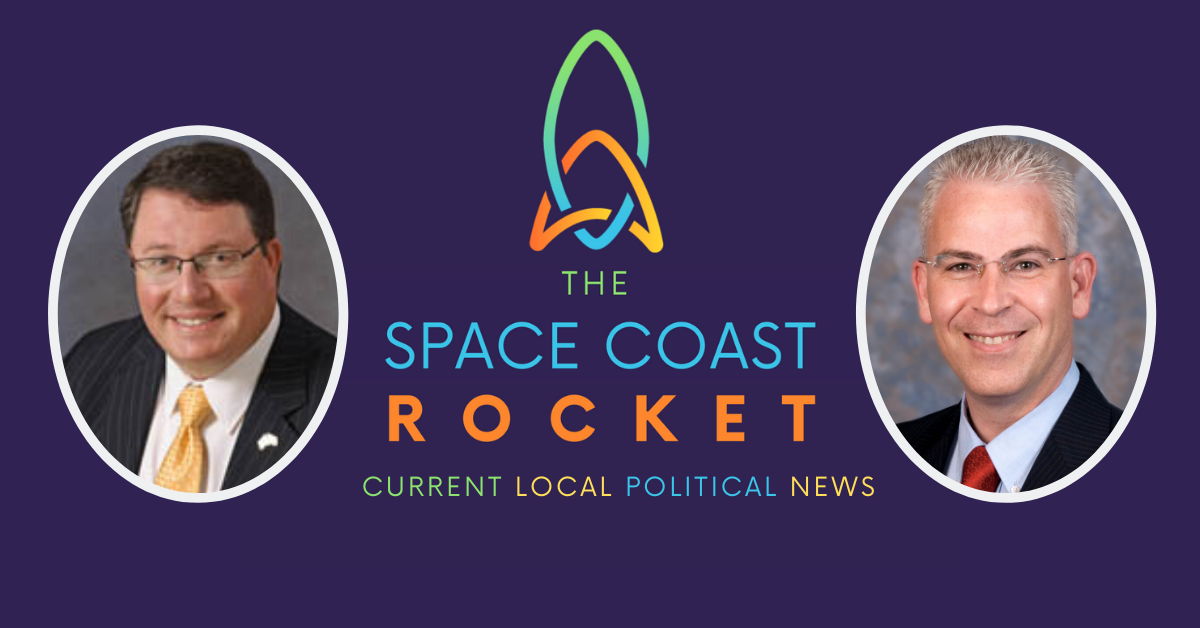 In a secretly recorded interview with the FBI and FDLE, Palm Bay City Councilman Jeff Bailey discloses quite a bit on what’s been going on behind the scenes in Palm Bay government.

During the end of the interview, Bailey states that he knows that Tres Holton told State Representative Randy Fine to conduct the audit on the city. He says that he was specifically going after the Mayor and the City Attorney. In a separate interview with another confidential informant, the informant states that he was also tasked with getting rid of the City Attorney and the Mayor.

According to FBI reports, Tres Holton was instrumental in the hiring of the then Palm Bay City Manager Greg Lynk. The city hired a firm to conduct a search for a qualified list of candidates. Lynk was not on that list. According to reports, David Isnardi who at the time was working for County Commissioner Andy Anderson, convinced Holton to lobby for Lynk to get the job. Although lacking the qualifications and experience for the position, Lynk was voted in and hired as the new City Manager .

According to a confidential source, Lynk was also very close with Jose Aguiar, the other arrested party who coordinated the crimes with David Isnardi.

After getting the job as City Manager, Lynk subsequently hired David Isnardi and the Deputy City Manager. Isnardi then “cleaned house” terminating many long term high level employees, and replacing them with his own appointees.

When some of the things that the City Manager Greg Lynk were doing were brought to light, Mayor Capote requested his resignation in a letter April 27, 2017. This letter was obtained from a public records request of the city.

According to Bailey’s statements and others to the FBI, it was then that Councilman Holton went to Randy Fine to request the audit on the city. Holton worked on Fine’s campaign, and as shown in an earlier article provided prostitutes “at Fine’s place” and other locations.

It was at this time that Fine did in fact request an audit citing the actions the Mayor took against the City Manager and also the City Attorney Andrew Lannon who advised the Mayor to do so using the City Seal.

As a result of these actions, not only was Lynk not fired nor resigned, he received a substantial pay raise, and Councilman Harry Santiago voted to censure the Mayor for his actions.

Councilman Bailey states that he went to Representative Fine to request that the audit be a more in-depth financial audit and not just a broad audit. He states that he understood the Randy wanted to go after the Mayor and Attorney but felt the audit didn’t address his concerns about the financial activity of the city. Fine declined to do so and submitted the audit as seen above.

Aguiar, close friend on Lynk also helped on Fine’s campaign. Since the fall-out, Fine has removed all photos of him and the Isnardi’s, Holton, and Aguiar from his official Facebook page.

Shortly after the audit was approved, David Isnardi submitted his resignation in a letter seen below. In an article in Florida Today, Isnardi stated he resigned because of the negative press the city was getting as a result of the FBI/FDLE investigation and that he did not want to adversely effect his wife County Commissioner Kristine Isnardi in her career. Kristine was also a former Palm Bay City Councilwoman prior to being elected for County Commission after her husbands hiring as Deputy City Manager.

Part of the findings in the JLAC Audit showed that Isnardi separation payment should not have occured although approved by City Manager Greg Lynk and the city should seek to recover the funds. The city sought a legal opinion and found that the funds are not recoverable because it was deemed a voluntary payment, and it would cost more in legal fee’s to attempt to recover than the paid out amount.

Once Isnardi found that his position was being advertised for hire, he hired counsel and threatened to sue the city or rehire him for the position. He was not rehired.

After the 2018 election, Holton was defeated and Deputy Mayor Kenny Johnson was elected. After being sworn in, Johnson voted to terminate Greg Lynk immediately.

David Isnardi and Joe Aguiar have since been arrested and pending their day in court. County Commissioner Chair Bryan Lober initially represented David Isnardi after his arrest while serving as the Vice Chair of the Commission and Kristine serving as the Chair. Kristine endorsed Bryan during the 2018 election and he was the first person to donate to her current campaign for re-election this year giving the maximum donation of $1,000 according to campaign finance reports.

The complete Bailey interview audio can be heard here. Again it is difficult to hear and is over 2 hours in length.