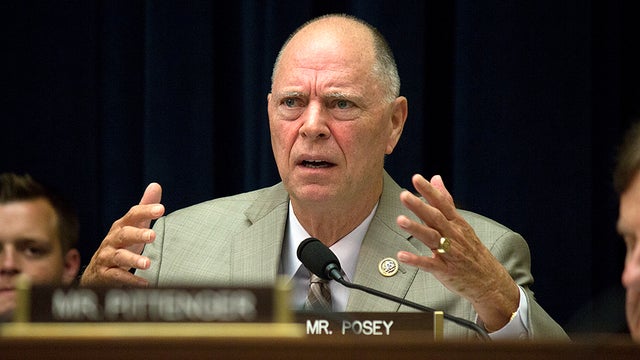 Congress came together this week to pass supplemental funding to combat the coronavirus to the tune of $8.3 billion. The bill passed the House 415-2 and the Senate approved it 96-1 with Senator Rand Paul voting against it.

$3 billion has been allocated to testing and funding the development of a vaccine to combat the virus.

“Passing this funding to comprehensively address the coronavirus is an important step in the right direction, but this is only the beginning of the process,” said Rep. Debbie Mucarsel-Powell of Miami, who inserted an amendment adding protections for TSA workers.”

Congressman Bill Posey (R-Rockledge) joined sixteen members of Florida’s congressional delegation penned a letter to President Donald Trump “urging” him to put the entire weight of the government into addressing the Coronavirus in the U.S.

Posey has been a fierce advocate for the anti-vaccine community; most recently, during a Congressional hearing in the House Financial Services Committee about cryptocurrency with Facebook’s CEO Mark Zuckenburg. Posey used his five minutes during Zuckerberg’s appearance to ask the CEO why Facebook cracks down on anti-vaccine content.

Zuckerberg pushed back, saying that the company cares about freedom of speech but does want to stop the spread of misinformation.

Health experts have attributed recent measles outbreaks in the U.S. to an increasing number of people not getting vaccinations, warning that the movement largely uses social media to promote their views.

Posey went further to present well known debunked information about the “risks of vaccinations,” and Zuckerberg replied that Facebook allows people to participate in groups and conversations about such topics but does not direct users to those discussions.

Posey has also discussed vaccines in the past, asking the Centers for Disease Control and Prevention in 2015 to look into whether vaccines led to a higher rate of autism, a theory that has thoroughly been debunked by the scientific community.

Jim Kennedy (D-Merritt Island) an electrical engineer/scientist for United Launch Alliance (ULA) who is running against Posey this year responded.

We deserve a representative who believes in science and data, and does not put our citizens at risk promoting debunked theories and PROPAGANDA. these actions have life threatening consequences, and the irony of his position now is quite telling.

Unfortunately, Kennedy’s words ring true. Just last month, a 4-year-old died from the flu after members of anti-vax Facebook group advise his mom to use thyme and elderberries instead of Tamiflu. These are exactly the groups Posey has been pushing to promote even against Facebook’s policies.

The first two deaths from the coronavirus in Florida were reported today.