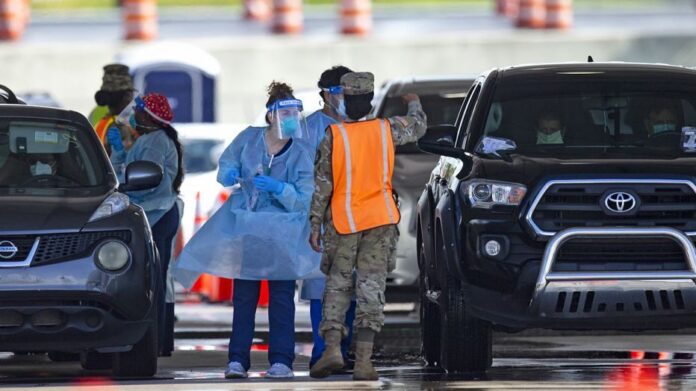 If only we had months, and months to prepare for this.

In a letter to the governor said “the lack of preparation and progress on administering those critical, life-saving vaccines is inexcusable.”

Brevard County has already seen its own problems. Severe criticism to Health First for using its supply to give vaccines to the spouses of their workers, some in their 20’s and 30’s, while other high risk individuals are stuck waiting.

The Brevard County Department of Health’s phone system crashed today while trying to field calls from the public to make appointments to receive the vaccine. Shortly after, State Representative Randy Fine published an email address stating residents could email and ask for a call back while the phone systems were down. The DOH quickly responded asking citizens not to do that as they would likely not get a call back, and to wait for the online registration system to book their appointments.

The online form was quickly up and running, however appointments filled up within an hour, leaving many who left emails of phone messages if they would get the vaccine or not.

Confusing and misinformation coming from politicians, mixed with unclear guidance and private organizations unilaterally making their own decisions on distribution have added to the chaos, and frustration.

Lives are on the line.

According to the Florida Department of Health, 175,465 people have been vaccinated statewide of the 1,218,300 doses Florida has received.

With this amount of confusion and chaos with such a small percentage of the population (65 and up), once the next phase opens up to all of those 16 and over, it is a recipe for disaster.

The United States Military are experts at mass vaccinations, and has the resources and training to execute the mission in a professional, and efficient manner.