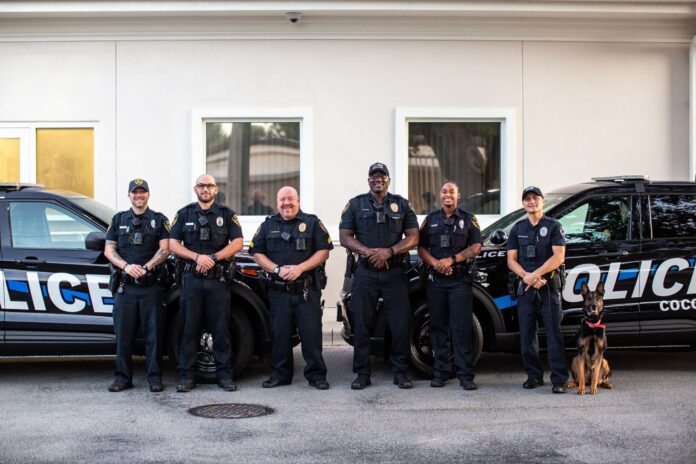 A 2021 drug investigation has ended with an 11 -year and 16-year federal prison sentence for two upper level drug dealers that moved kilos of methamphetamine from Cocoa to Daytona Beach. Agents with the Special Investigations Unit worked with the DEA and FBI to build a case against Kenneth Douglas, 24, of Daytona Beach, and Tom Thompson, 48, of Cocoa. Last month, Douglas was sentenced by a U.S. district court judge in Orlando. Douglas and Thompson had moved thousands of dollars in illegal drugs through Cocoa and surrounding areas up to Daytona Beach.

According to court documents, beginning on March 1, 2021, and continuing through March 24, 2021, Douglas and a Thompson conspired with each other to distribute 50 grams or more of methamphetamine. During the investigation, an undercover law enforcement officer purchased controlled substances from Douglas and Thompson, who Douglas had been supplying. Douglas was held responsible for more than 1.4 kilograms of methamphetamine that he had conspired to distribute in the Brevard and Volusia County areas.

On May 17, 2021, agents with the Drug Enforcement Administration executed a search warrant at Douglas’s residence and located fentanyl, four digital scales, ammunition, and a stolen Glock 9mm pistol. Douglas fled from the residence on foot but was quickly apprehended by pursuing agents.

Douglas’s co-defendant, Tom Thompson, a/k/a “China,” previously pleaded guilty for his role in this case. On December 27, 2021, Thompson was sentenced to 11 years and 4 months in federal prison. “Our collaborative efforts with our federal partners made it possible to remove a significant quantity of illegal drugs and dangerous weapons from our community,” said Chief Evander Collier IV. “We know how important it is to remove these dangerous drugs from our streets. An alarming number of people are overdosing and dying because of these drugs, not only in Cocoa, but across the country. I’m so proud of the progress we are making in the fight against opioids and in making our community even safer.”

This case was investigated by the Drug Enforcement Administration, the Federal Bureau of Investigation, the Cocoa Police Department, and the Florida Department of Law Enforcement. It was prosecuted by Assistant United States Attorney Beatriz Gonzalez.