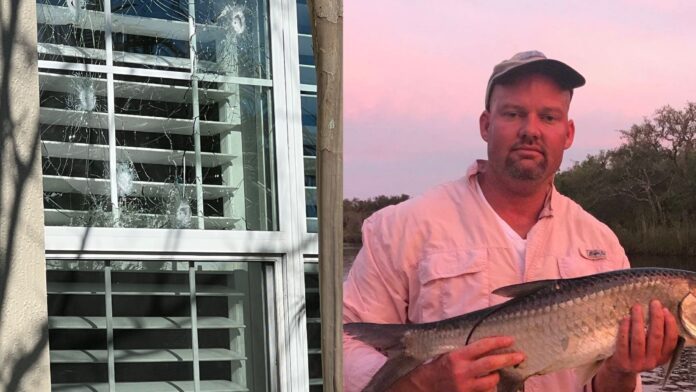 On Thursday, December 29, 2022, at approximately 2:45 a.m., the Brevard County Sheriff’s Office arrested 39-year-old, Patrick Kelly of Viera. Kelly, a member of the Cocoa Police Department, who was off-duty at the time, was taken into custody after barricading himself inside his residence following a domestic incident. The victim, who was able to flee from the residence, stated Kelly was armed and had threatened to harm her, himself as well as any responding members of law enforcement.

The Brevard County Sheriff’s Office SWAT Team responded and successfully negotiated with Kelly to surrender, at which time an arrest warrant was served charging Kelly with Aggravated Assault with a Deadly Weapon /Domestic Violence and Discharging a Firearm on Residential Property.

As the investigation has continued to include a review of the crime scene, interviews and the examination of the evidence collected, Kelly was charged this afternoon with Shooting into or Throwing Deadly Missiles into Dwellings, Using a Firearm While Under the Influence of Alcoholic Beverages, Culpable Negligence and Resisting Arrest With Violence.

Kelly remains on a no bond status at the Brevard County Jail Complex.