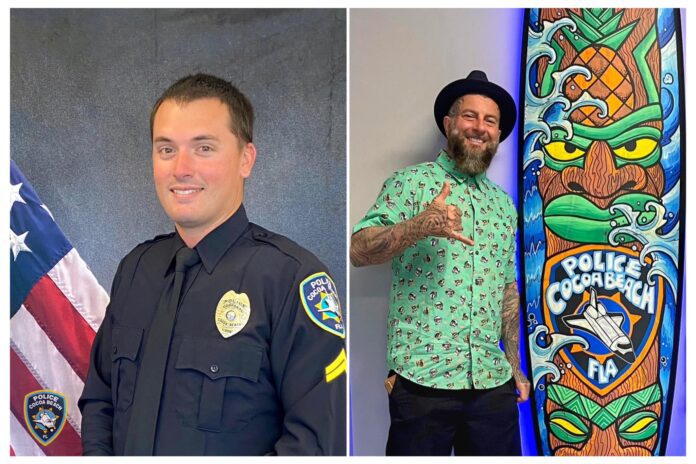 Cocoa Beach Police Corporal Ethan Hausler responded to a residence on Yacht Haven Dr. on November 17, at about 9:30 A.M., regarding a man with a deep laceration to his arm caused by an apparent mishap with a power tool. Neighbor Mark Longenecker, owner of Endless Summer Tattoo in Cocoa Beach, had already jumped into action and used the man’s belt as a tourniquet in an effort to quickly stop the bleeding.

Corporal Hausler arrived on-scene and subsequently applied his department-issued tourniquet. The persistent bleeding had now stopped. Cocoa Beach and Brevard County Fire continued to care for the man, who was transported to a nearby hospital for further medical treatment.

The quick response and intervention by Longenecker and Corporal Hausler, as well as the treatment by the firefighters on-scene and the exemplary performance by our dispatchers in the Communications Center, certainly mitigated the severity of the outcome and quite possibly saved the man’s life.