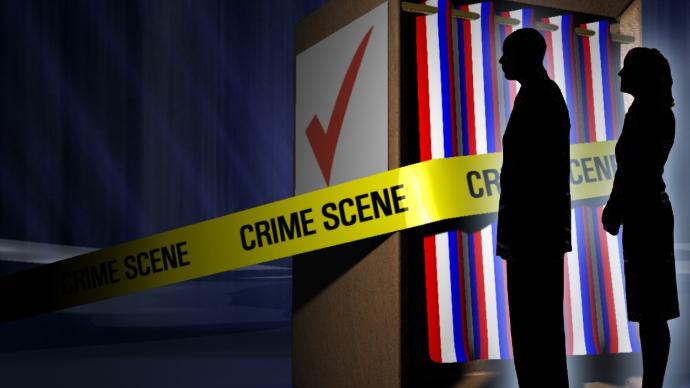 FBI Confidential Informant Stuart Buchanan was one of several government officials and elected officials who routinely wore wires to assist in the Isnardi investigation.

In this recorded meeting between himself, Calvin “Tres” Holton, and James Marshall, yet another member of the Bay Front Community Redevelopment Agency the following was discussed. This is the 3rd member of the BCRA involved in this investigation directly.

The information regarding Andrew Lannon will be covered in full in a later story.

Aaron Parr was a candidate in the 2018 election against Jeff Bailey. He was defeated easily by Bailey in the General election after coming in second place in the Primary. Jeff Bailey is the councilman that was the target of Isnardi’s plan to plant illegal drugs in his vehicle that we covered in the previous story, which is also part of the official charges Isnardi currently faces.

Campaign finance reports reveal that Johnson did not receive any money or other donations from Jose Aguiar who is the other charged party in the Isnardi case. There is also no record in campaign finance reports of Johnson receiving any money from Mayor Capote of Palm Bay. Reports also show that Johnson received an in-kind donation from “The Social Wizards” for website development. Sunbiz reports show the The Social Wizards is owned by Johnson’s listed campaign manager Robert Burns. He is the current campaign manager for Jim Kennedy running for United States Congress in Florida District 8. Johnson did receive $500 from Chris Robinson according to reports.

We could not verify any claims of the presence of The Black Panthers or their affiliation of any campaigns in the area.

The restaurant MeMaws that is mentioned has been the location for many Republican functions and fundraisers.

Lori Scott, Supervisor of Elections could not be reached for comment on the accusations of her office and to our knowledge is not currently under investigation. Her office did however just reinforce their location with bulletproof glass and other security measures at a cost of over $500,000.

As far as the allegation of removing the 3 individuals from office, to include the Mayor, it is heard in the another Holton recorded interview that the purpose of the JLAC Palm Bay audit which was initiated by Randy Fine was to do just that. That audio is attached here and contains several other words of support for Holton by an unknown individual.

The conversations about Sheriff Wayne Ivey and others along with moving around money with PAC’s is going to be covered in a separate story specifically about all of this campaign finance activity and endorsements.

In a separate interview with Dale Davis, a former Brevard Republican Executive Committee officer, he made the following statements to law enforcement. The rest of his statements will also be covered in the subsequent article.

We have several more recordings and reports from different confidential informants including current elected officials. Those reports will be published in the coming days.