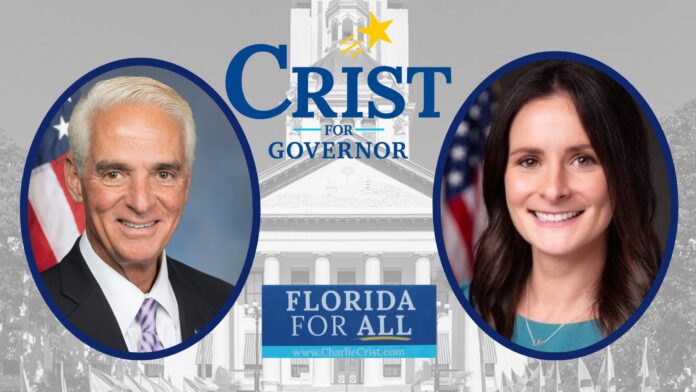 Today, Charlie Crists’ campaign released a list of potential candidates currently being vetted to join him on the ticket for Florida’s Gubernatorial race.

The pair will face off in 2022 against Governor Ron Desanstis and Lieutenant GovernorJeanette Nuñez.

If Jenkins is ultimately selected for the position, she will have to resign her seat as Brevard County School Board District 3 Member to run. Florida Statute states that if there is a vacancy on any school board, the vacancy SHALL be filled by the Governor regardless of the time remaining in the vacant term.

Jenkins has frequently made national headlines in fighting for her positions and policies that go against Governor Desantis’ when it comes to protecting children and school staff members from Covid-19 and advocating for LGBTQ+ students.

Governor Desantis has made it clear that positions have not changed, but strengthened as parents will be one of, if not the largest focus of his campaign. Yesterday, Florida First Lady Casey DeSantis revealed Mamas for DeSantis: ‘Largest movement of parents in Florida history’.

That title is also synonymous with Moms for Liberty which was co-founded by the Republican Brevard School Board Member Jenkins defeated in a huge upset to earn her current position.

Crist will first have to defeat his primary opponent Nikki Fried in the August 23rd primaries to make it to the general election against Desantis in November.