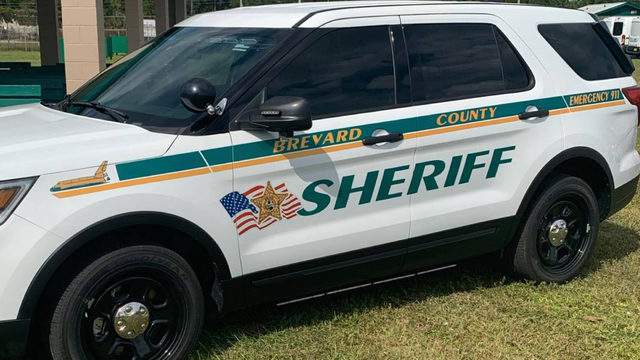 Sheriff Wayne Ivey announced Tuesday that Bert Gamin, the president of the Brevard County Fraternal Order of Police has been suspended with pay from his position with the Brevard Sheriff’s Office.

Ivey said he has initiated an internal investigation of his actions for the “unprofessionalism” of a Facebook post recruiting officers disciplined and charged in violent incidents.

Ivey said that as Gamin had not been charged with a crime he could not be suspended without pay.

Gamin deleted both posts from the Brevard FOP Facebook page as well as the lengthy apology he wrote yesterday.

Ivey stated he did not ask him to delete the posts, and was not aware that he had even written an apology online. He did say that he believes he is genuinely sorry for the post.

“You know I haven’t read his online apology. I have not. I was sitting across the table from him. During our very involved discussion as you might imagine, and he seemed sincere in what he was saying to me, you know,” Ivey said. “Lieutenant Gamin has been with our agency for 27 years. He has life saving awards, a number of other accommodations that go with that does not excuse what he did in that scenario. But to answer your question. He absolutely seemed forthright is his apology.”

“Our citizens will judge me on what Bert Gamin did,” Ivey said. “They’ll judge me on how I handle what Bert Gamin did. And that’s why we’re standing here today I’m handling what he did. I’m embarrassed by it. I’m infuriated by it. And I’m having it investigated, or we’re doing our due responsibility. Just like we would investigate anything else, any citizen that was named investigation we would investigate. But at the end of the day, I think the interview can standard know me long enough to know how furious I am about this, and about the embarrassment his calls to law enforcement.”

When asked if Ivey would be open to his deputies wearing body cameras, he stated costs and privacy as reasons not to. He said the last time he checked the cost to put body cameras on his deputies was $3.2 million. He went on to say that if the County Commission gave him him that much money he would use it to put a school resource officer in each school, not body cameras.

When pressed by reporters of why he will not release the video of the killing of Army Veteran Greg Edwards in his jail, his response was because state statute gives him the power not to, and he chooses not to in order to protect the security of his jail and it’s deputies. He said the video shows the security features of the jail and the movement of his deputies.

He encouraged people to listen to the 4 audio investigations of other inmates who witnessed the incident instead.