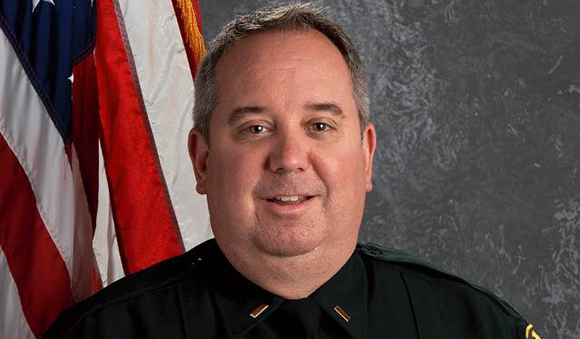 Brevard County Sheriff’s Office Lieutenant Bert Gamin, president of the Brevard chapter of the Fraternal Order of Police, posted on Monday afternoon to the organization’s Facebook page a now deleted apology for the now deleted posts that he made over the weekend recruiting specifically arrested or disciplined officers.

“I let my emotions and frustration get the better of me,” Gamin said in one part. “I offer this to you not as an excuse, but simply as an insight to my thoughts. I admit that my post was insensitive and wrong and that it did not convey the actual thought that I was trying to communicate.”

On the now deleted apology post, Gamin said he has been in law enforcement for 28 years, and that his comments were his own and not representative of the F.O.P. as a whole.

Gamin’s now deleted apology referred to his original post, also now deleted, made at 1:21 a.m. on Sunday, which directly addressed the 57 Buffalo police officers who stood in solidarity with two arrested officers for violently shoving and injuring a 75-year-old peaceful, unarmed man on Thursday.

The post also addressed the six Atlanta ex-officers who were arrested on police brutality charges, for tasing and assaulting two peaceful, unarmed college students on May 30.

The post received about 2,000 comments mainly condemning the sentiments expressed by Gamin. The Brevard Sheriff’s Office Lieutenant responded to the public critique by doubling down on his stance and publishing a second recruitment post on the Brevard County F.O.P. page, this time, addressing the Minneapolis police.

Even after deleting both posts and apologizing, the scrutiny of Facebook users’ did not let off. After three hours, the post had over 900 comments, almost all either mocking or shaming Gamin for having “outed” his true feelings and tainting the name of the rest of Brevard County law enforcement officials.

The Florida Today reported that Brevard County Sheriff Wayne Ivey denounced Gamin’s comments he made over the weekend, calling them “extremely distasteful and insensitive.”

Ivey also said that in no way do the Brevard County Lieutenant’s comments represent the agency.

Gamin deleted his apology about three hours after posting it on Monday evening.

This is a developing story and will be updated as it progresses.