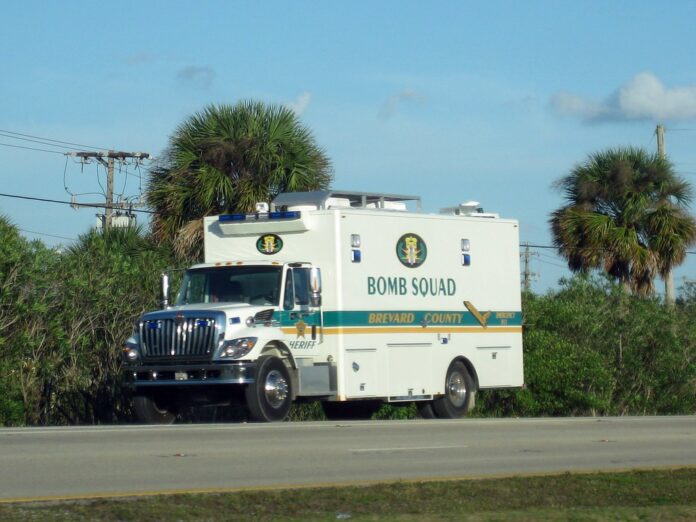 Patrol officers have evacuated a half mile area surrounding a home in the 300 block of Mc Cleod Dr. due to undetermined explosives in the back yard of a home that was the scene of a fire overnight. The Brevard County Sheriff’s Office Bomb Squad has been called to remove the hazard and residents are being evacuated to ensure their safety during the operation.

Earlier today, just after midnight, the Cocoa Fire Department responded to 330 Mc Leod Drive for reports of a structure fire. Upon arrival, firefighters found a camper on the property that was engulfed. There was no one home at the time of the fire and there were no reported injuries as a result of the fire. A short time after the fire was extinguished, a patrol officer noticed a tree caught fire on a property directly north of where the original fire started.

Further investigation revealed the property at 330 Mc Leod Dr. contained explosives in the back yard, some of which had been going off throughout the night causing damage to the home. The decision was made to evacuate all surrounding homes in order to locate all potential hazards. Patrol officers have blocked access to Mc Leod Dr. between U.S. Highway 1 and Dixie Ct. to Bellaire Dr. on the south and Grandview Blvd. on the North. All properties within this perimeter have been evacuated until the scene is secured.