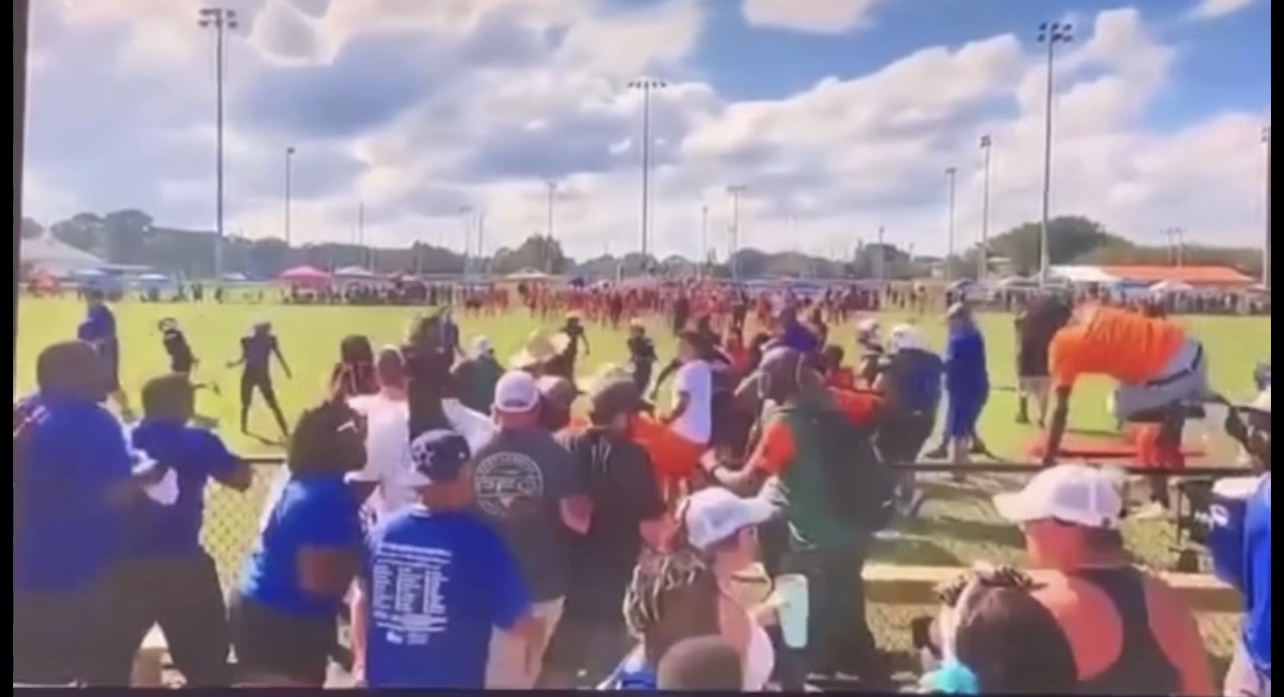 A fight broke out amongst parents at a 12 and under youth football game between Melbourne and West Melbourne teams. Kids can be heard in the video begging their parents to stop, while other adults were screaming to get the babies out of the immediate area of the fight.

The fight appeared to start on the sidelines between two individuals, and quickly spilled onto the field.

During the brawl, a young cheerleader was reportedly trampled by the fighting parents. The extent of her injuries is not clear.

There were no reports of arrests or law enforcement involvement.

The Atlantic Coast Youth Athletics Association (ACYAA) released a statement after the incident.

On Saturday October 15, 2022, there was an incident that occurred after the 12U football game at Melbourne vs West Melbourne.

Through investigations of all parties involved we have issued suspensions for all persons involved. They are suspended for the remainder of the 2022 regular season from all ACYAA activities including practices. The suspension will be for the period of October 17, 2022, to October 29, 2022.

After careful discussion with all in attendance on Sunday. We are all understanding that the ACYAA Code of Conduct policy must be strictly enforced. For the last several weeks we have had situations unraveling on the field and sidelines are coming onto the field. This is strictly prohibited and under no circumstances should a team sidelines ever empty on to the field. It only heightens the tensions and causes more confusion.

So effective October 16, 2022, any future incidents that occur in this matter will result in the team(s) suspension for the remainder of the 2022 season and League being on probation for the 2023 season. With recent similar situations occurring in neighboring associations which escalate we need to enforce zero tolerance for violence rather it be physical or verbal.

After careful review and consideration of all leagues. As an Association will be issuing a verbal warning for the infractions involving ACYAA Code of Conduct and of the social media policy to all leagues. We just really need to get back to what really matters and that’s having a safe environment for our kids to play and cheer for a sport we all love.

Remember though we are separate leagues we are one community. Sincerely,