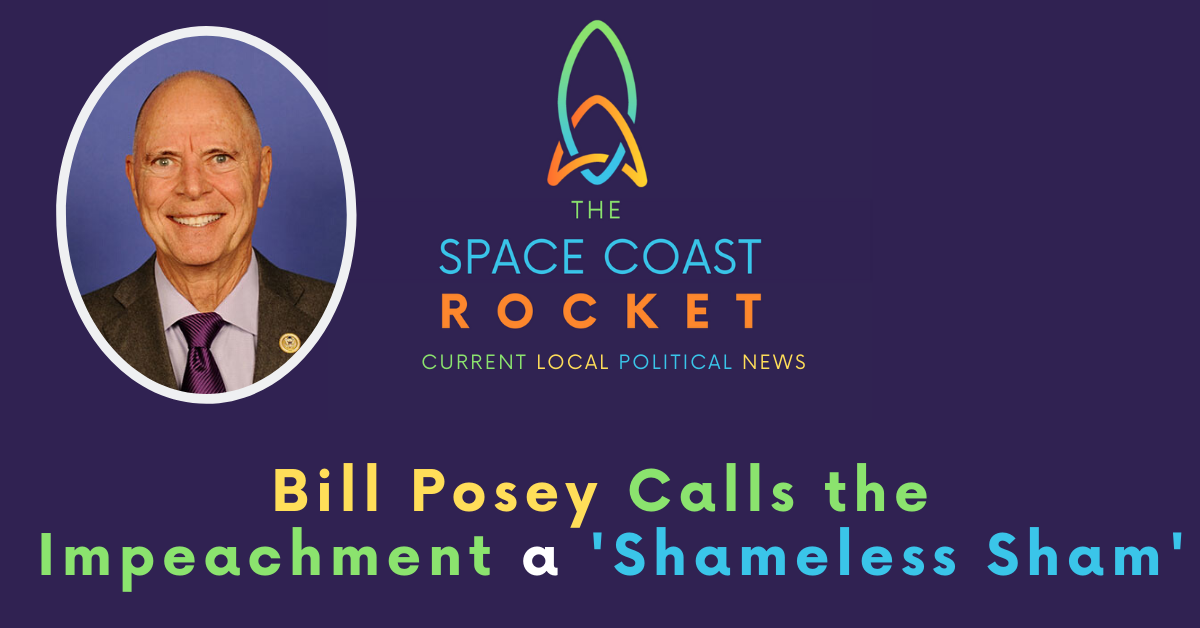 Congressman Posey spoke for 30 seconds on the floor yesterday during the historic debate. President Trump was later voted to become only the 3rd President in US History to be impeached.

The two articles charged him with abuse of power and obstruction of Congress for allegedly trying to pressure Ukraine into doing political favors for him, and then refusing all requests from House Democrats for documents and witnesses in the hearings of the House Intelligence Committee impeachment hearings.

Not a single republican voted for the impeachment and the only democrat to not vote in favor was Tulsi Gabbard who voted ‘present’.

“We know that it began the moment the president was elected, long before he ever had a telephone call with any foreign leaders. We’ve heard the numerous quotations from them that validate those very points,” Posey said. “And yet they persist in trying to overturn the duly-elected President of the United States’ election.

The night before the vote, demonstrators held a pro-impeachment rally outside of Posey’s office. His opponent, Jim Kennedy was the keynote speaker at the rally echoing the words that “no one is above the law.”

The next stage in the process will be for a trial to be held in the Senate anticipated to be early in the month of January.