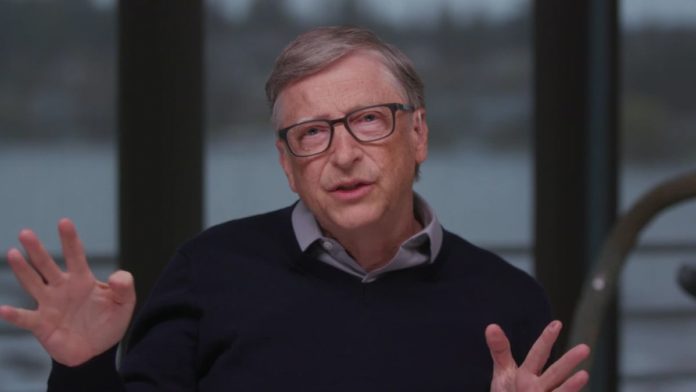 Bill and Melinda Gates Foundation co-founder Bill Gates says that the US should shutdown the entire country for a short period of time to control the spread of the coronavirus and predicts that the number of cases will peak in late April.

Philanthropist and billionaire Bill Gates believes that America needs six to 10 weeks of “extreme shutdown” of regular life to get a handle on the new coronavirus outbreak (or COVID-19), contradicting comments from President Trump.

“It’s very irresponsible for somebody to suggest we can have the best of both worlds,” the Microsoft co-founder said in an interview with TED on Tuesday. “What we need is an extreme shutdown so that in six to 10 weeks, if things go well, then you can start opening back up.”

Gates noted that while isolation in populated areas — along with widespread testing — is difficult and “disastrous” for the economy, “the sooner you do it in a tough way, the sooner you can undo it.”

President Donald Trump recently argued that restrictions should be loosened by Easter Sunday, April 12, with healthy people returning to work while people who are sick remain isolated.

“The expression ‘We can do two things at one time,’ … and that includes not just economics, that also includes life and death,” Trump said. “We have to keep it that way.”

The U.S. stock market and economy have been hit hard by the coronavirus pandemic. And the financial situation is becoming increasingly problematic for millions of Americans as unemployment claims rose to an historic 3.2 million for the week that ended March 21.

Trump asserted that the U.S. “wasn’t built to be shut down. This is not a country that was built for this,” adding: “America will again and soon be open for business. Very soon. A lot sooner than three or four months that somebody was suggesting.”

Experts — including those in Trump’s inner health care circle — have cautioned strongly against loosening precautionary measures too quickly, as it would lead to more catastrophe in the longer term.

“If you look at the trajectory of the curves of outbreaks and other areas, at least going to be several weeks,” Dr. Anthony Fauci, director of the National Institute of Allergy and Infectious Diseases, said on March 20. “I cannot see that all of a sudden, next week or two weeks from now, it’s going to be over. I don’t think there’s a chance of that.”

You can watch the entire Ted Talk below.